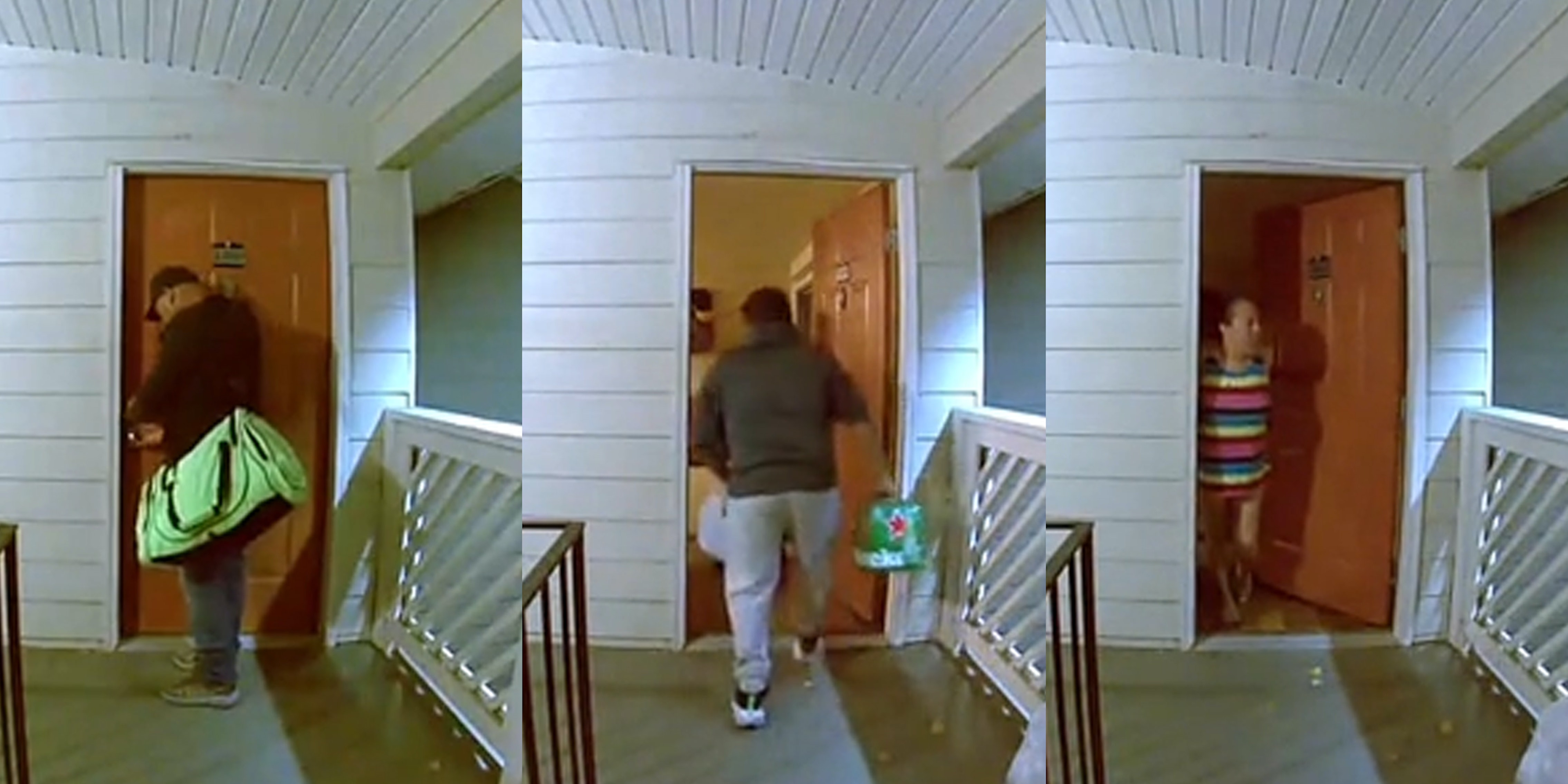 ‘Dang poor guy is out working hard’: Woman says she caught her neighbor cheating on husband through Blink camera

'I try to mind my business but y'all bring the business to me.'

A TikToker who goes by Arieanaa (@ariena_) on the platform went viral after uploading Blink camera footage of a woman letting a man, who Arieanaa says is not the woman’s husband, enter her apartment unit.

“I caught my neighbor cheating on her husband,” the text overlay begins on the video, which was viewed nearly 1 million times.

“A man came over with a pack of liquor at 10pm… at 3am she walked him out the front door with no pants on. … This was last night now her husband just came home today after being gone for 4 days,” the text overlay and text-to-speech effect note.

“Watch this y’all,” the voice continues. The video cuts to the doorbell camera footage of what she claims is the neighbor’s husband leaving the unit. He is carrying a large neon green duffel bag and is standing outside the door. The video then cuts to a man standing outside of the door with a box containing what appears to be beer cans. He’s wearing black sneakers, gray sweatpants, and a hoodie.

He’s about to place a call on his phone before a woman answers the door and lets him inside. “You aint door dash if you get invited inside,” text overlay on the video reads.

The clip then cuts to footage of the man emerging from the front door. He is holding his hoodie in his hand and walks away as the woman watches him leave. She’s wearing what appears to be an oversized shirt. “Fast forward to 3am & no pants,” the TikToker says in the text.

The last portion of the video features the man holding the green duffel returning to the unit. “& the same morning hours later green bag husband returns,” the TikToker continues in the text.

Arieanaa finished the clip with a meme of a woman sipping tea and a text overlay that reads: “I try to mind my business but y’all bring the business to me.”

Commenters are urging Arienaa to tell the woman’s husband what she saw. Some said she should be blunt with her approach, while one suggested Arienaa “ask the man on a date. If he says he is faithful just be like oh I thought you had an open relationship.”

“Please tell him. It’s not fair everyone else on the internet knows except him!” one urged.

It’s unclear what Arienaa plans to do as she has not responded to any comments nor made any follow-up videos.

The Daily Dot reached out to Arienaa via TikTok comment.