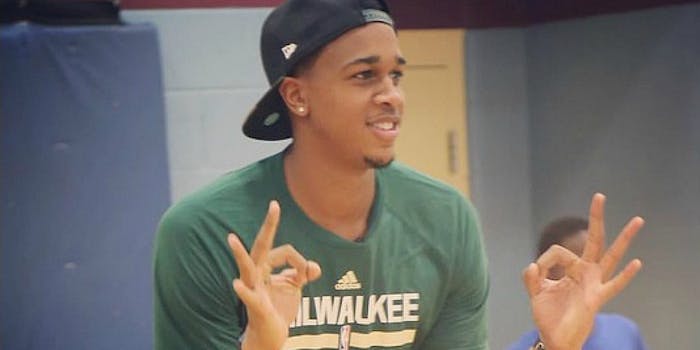 'This store needs to be called out and that's what I'm doing.'

All John Henson wanted on Monday was to buy a watch at a Wisconsin jewelry store. Instead, the Milwaukee Bucks forward wrote on Instagram that he was racially profiled and had to explain who he was and why he was there to the cops before the employees deemed him worthy of entry.

It does not, to say the least, sound good.

Thomas Dixon, the owner of the Schwanke-Kasten jewelry store, though, told WISN.com that it was all a misunderstanding, and the store didn’t lock down because Henson is black.

Instead, Dixon said since the store endured three armed robberies in 18 months, the employees were suspicious when it saw Henson’s vehicle with the dealer plates. Dixon also told White Fish Bay Now that police had told local business owners to be on alert for suspicious activity.

Still, some fans took to the store’s Facebook page to give Schwanke-Kasten terrible reviews. One example:

Unfortunately for Schwanke-Kasten, its employees picked the wrong person to upset. A guy with 54,000 followers on Instagram and a dude who could have bought tons of jewelry. Henson will make about $3 million this year in the final year of his contract, and he likely will sign a new deal after this year that will make him tens of millions more.