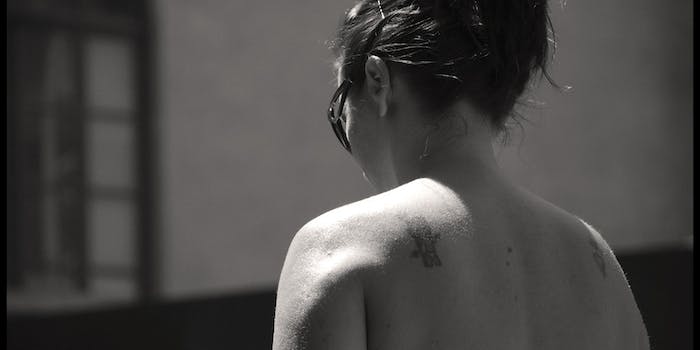 Why is #NationalNudeDay trying to get you out of your pants?

The naked truth about the hashtag, which started trending this morning.

If you happened to be on Twitter this fine Bastille Day—Vive le quatorze juillet, everyone!—you might have noticed that another holiday was also making the national social media rounds: #NationalNudeDay, which started trending this morning.

But what, exactly, is #NationalNudeDay? Some people thought it was an excuse to show your goods on social media:

Make sure to put your nudes on Instagram for #NationalNudeDay!

Others used the hashtag to promote their cable TV true-crime series:

American Greed celebrates #NationalNudeDay w/ some raw, naked #GREED – Is $28 mil enough for ya? Wednesday 10p ALL NEW. RT if ur watching

…or, if you were an apparel company, nude-shade clothing items.

While others attempted to use it as a launchpad for their right-wing political pundit careers.

#NationalNudeDay is a great time to remind our Emperor Obama that he has no clothes.

But the truth is, National Nude Day is neither a call-to-arms for amateur exhibitionists to show off their goods on Instagram, nor is it exactly a social media opportunity for mid-rate cable networks. It’s sponsored by the American Association for Nude Recreation, an organization with nearly 32,000 members that celebrates the “naturist,” or clothing-optional, lifestyle.

Although there’s some speculation that the holiday originated in New Zealand, when a television presenter offered a monetary reward to anyone willing to streak in front of the prime minister back in 2003, National Nude Day is intended to draw attention to the “naturist,” or clothing-optional, lifestyle. It comes at the tail end of a week-long series of nudist recreational events, such as World Naked Gardening Day and World Naked Bike Ride Day (um, ouch), so basically if you haven’t been naked all week, you’re doing it wrong.

Contrary to what Twitter says, there’s nothing inherently perverse or sexual about National Nude Day, or the nudist lifestyle in general. “National Nude Day is a serious event. There are a sizable number of nudist groups around the world,” one HolidayInsights.com blog post says. “They are not perverts. Rather, Nudists believe that the body is a beautiful thing, and meant to be displayed.”

So if you’re looking to embrace your inner Scout Willis and you don’t have to go to work or pick the kids up from day camp today, get your ya-yas out and celebrate National Nude Day with your fellow naturists. Just brush up on your city’s local indecent exposure laws before you do. (If you’re anywhere other than a nude beach or resort, public nudity is forbidden in most parts of the United States).