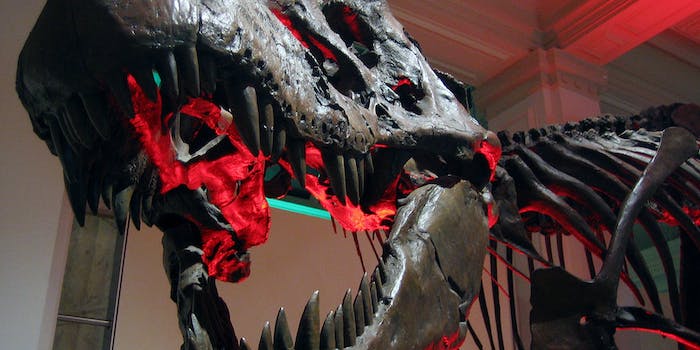 This astronaut’s lucky kid gets a dinosaur made in space

You know what might make the crafts on your Etsy page a bit cooler? If you made them aboard the International Space Station.

For NASA astronaut Karen Nyberg, recreational time aboard that vessel is spent with a needle and thread, in what she punningly calls her “sewing space”—and she’s been steadily uploading her handmade creations to Pinterest.

Her latest effort is a gift to give her son Jack when she returns to earth on November 11: a fearsome but stuffed Tyrannosaurus rex. Even more impressive than the plush-looking item itself are its origins. This little guy was assembled not from materials Nyberg brought into orbit, but stuff found around the spacecraft. 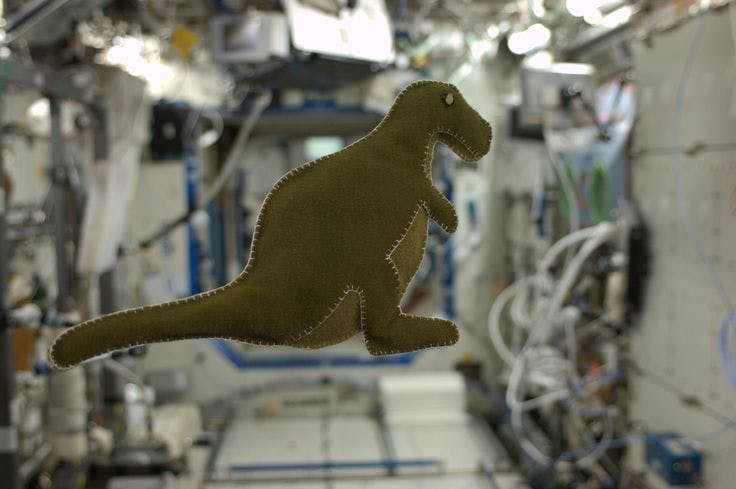 “It is made out of velcro-like fabric that lines the Russian food containers found here on the International Space Station,” Nyberg explained. “It is lightly stuffed with scraps from a used T-shirt.” The birth of this T. Rex is a notable landmark for nerds around the globe, many of whom are immersed in paleocosmology—i.e., the study of dinosaurs in space.

Nyberg has also stitched together some practical headbands in zero gravity, including one that’s an ode to her dog and another to celebrate the Fourth of July. They “keep the velcro on the walls and equipment of Space Station from sticking to my pulled back hair!” she wrote.

Still, she’ll be hard pressed to top her mighty lizard, and Jack is a very lucky boy—an astronaut mom is cool enough, but a T. Rex? There’s only one proper reaction to that.

Yep, that kid’s really got it all.