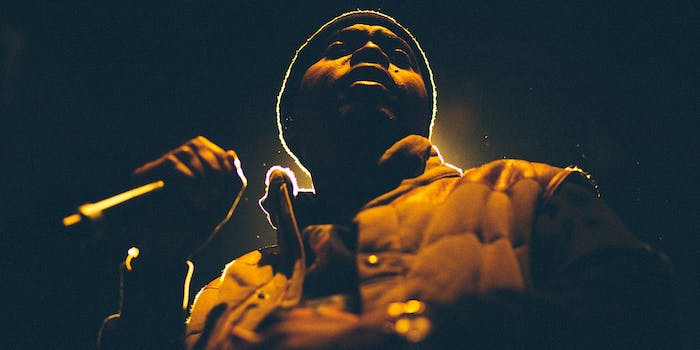 "I am also a single father, and we don't get enough credit in this country."

In five days, Stanley Young and his eight children will be homeless.

Two weeks ago, his home burned down. Since then, Young and his family have been staying in a hotel, hoping someone would come to the aid of the unemployed construction worker.

On Wednesday night, Nas launched a Crowdtilt campaign to collect money for Young, a single father, and his family. So far it has collected $33,000, as of 9am ET, from 534 contributors.

“I am also a single father, and we don’t get enough credit in this country,” Nas wrote on Crowdtilt. “Moreover, I believe and hope that we should all, as a community, come together to help our fellow American men and women when they need us in desperate situations like this. See if you can’t find a few dollars to help the Youngs get back on their feet with me. We need to raise enough to extend their stay, and maybe even afford a down payment on a new house or something.”

Nas promises to contribute $10,000 of his own when the campaign finishes in 10 days. Between now and then, part or all of the funds can be transferred to the Young family at any time without closing the campaign since it already passed its $15,000 goal.

Young’s wife passed away about a year ago. He hopes to use the money to buy a home large enough for his family. His previous home was located above a store in northwest Washington, D.C.