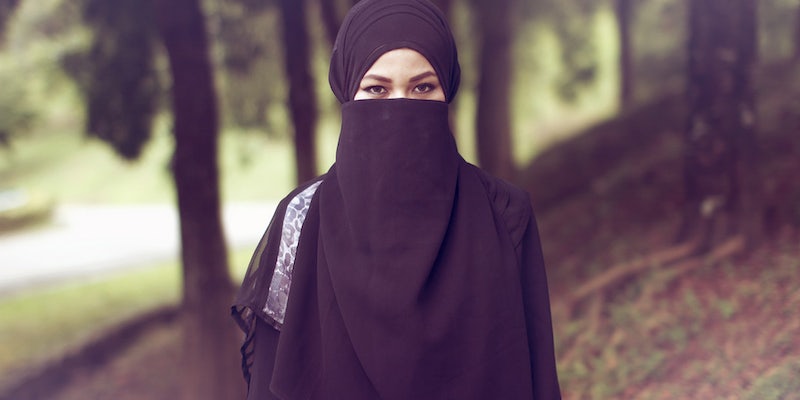 “This is not Iranian culture,” says Masih Alinejad, the U.K.-based Iranian journalist and activist who started the #MyStealthyFreedom campaign against wearing the hijab. “Compulsory hijab is required by a discriminatory law.”

Alinejad launched the award-winning campaign nearly two years ago, but it’s recently drawing attention again after female Air France employees refused to comply with the requirement to wear the hijab when flying to Iran.

Alinejad’s campaign encourages Iranian women—and now tourists—to photograph themselves with uncovered hair and submit it to the Stealthy Freedom Facebook page, a brave move in a country where, as the Daily Dot reported earlier this year, failure to observe strict religious laws can lead to arrest by the Ershad, Iran’s morality police.

In response to the Air France case (now resolved by allowing employees to opt out of working on flights to Tehran), Alinejad asked foreign women visiting Iran to show solidarity with Iranian women by posting pictures of themselves abandoning their hijab, using the hashtag ‪#‎SeeYouInIranWithoutHijab.

Speaking at a Women in the World conference last week—in which Meryl Streep paid tribute to the activist—Alinejad said, “I don’t ask you to come and save [the] women of Iran, because they are brave and smart enough to be their [own] voice.”

However, she added that by posting photos of non-Iranian women who are affected by the law, it makes the issue a global one, rather than a domestic one, and therefore less easy for other countries to ignore.

The My Stealthy Freedom Facebook page has over 974,000 likes. Yesterday, Alinejad used it to post a call for solidarity to Estonian Foreign Minister Marina Kaljurand, currently in Iran on a trade and political delegation.

We are pleading with you to bring up this subject during your conversations with the Iranian officials. Please ask them the following question: Can you hear the voices of dissent from Iranian women who do not want their freedom to be stealthy? Please do not respond by saying that one should not interfere in another country’s law, because if you came up with a law forbidding women to wear the hijab, Iran would be the first country to interfere with regards to this law.

Iranian women have been required to wear hijab since the country became an Islamic Republic in 1979, following a revolution led by Ayatollah Khomeini. That year, photographer Hengameh Golestan captured images of Iranian women crowding the streets with their hair uncovered to protest the new laws, unaware that 37 years later, Iranian women would once again be using the power of the photograph to demand their autonomy.