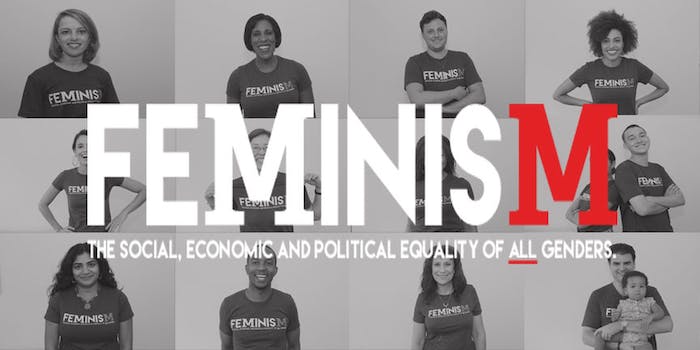 The Ms. Foundation's new campaign wants to bring feminism to everybody.

It took me until a few years ago to actively identify as a feminist. That was partially because of my own ignorance about what it all meant, but also because the image I had of a “feminist” didn’t line up with who I was. I fell into the idea that feminism was for politically-minded white women who hated men and loved Lilith Fair—not for a girl who liked punk music and had platonic male friends. Aimed at women like my younger self, a new campaign called #MyFeminismIs from the Ms. Foundation seeks to expand the definition of feminism and show that it can be for everyone.

The Ms. Foundation is a non-profit organization that works to bring attention to the challenges facing all women. #MyFeminismIs was created to “paint a broad, inclusive and intersectional picture of the Feminism as we continue to challenge and change the conversation around equal rights,” according to their web site.

The introductory video features diverse women, men and trans men of a variety of backgrounds sharing what feminism means to them:

It’s one of six videos released in the past day tied to the campaign, including one with former NFL player Wade Davis II and journalist Mychal Denzel Smith talking about men and feminism:

The #MyFeminismIs hashtag has been gaining traction online, with many chiming in to illustrate the wide variety of concerns the current feminist movement focuses on.

#MyFeminismIs about empathy over economics!

#MyFeminismIs always listening to marginalized groups because i cannot possibly know everything. intersectionality is the name of the game

However, it’s still the Internet, so there are plenty of people ready to criticize. Here are just a few comments from the YouTube videos: 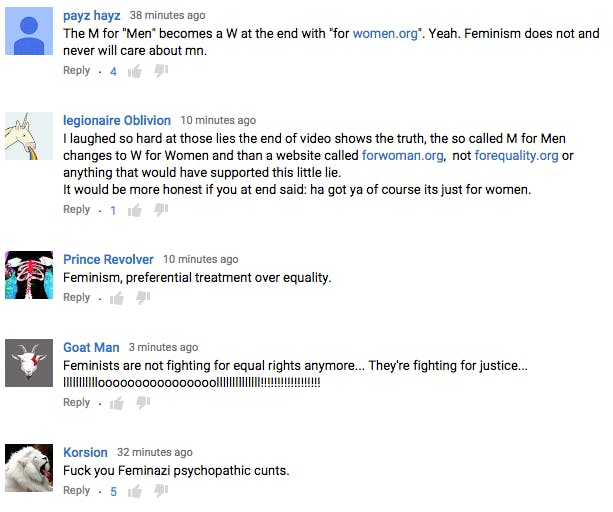 The feminist movement may be growing and changing, but the hostile reaction to it suggests some things may be more slow to change.

Update 1:38pm CT, Oct. 20: This post has been updated to reflect that cisgender men, in addition to trans men, appear in the Ms. Foundation videos.