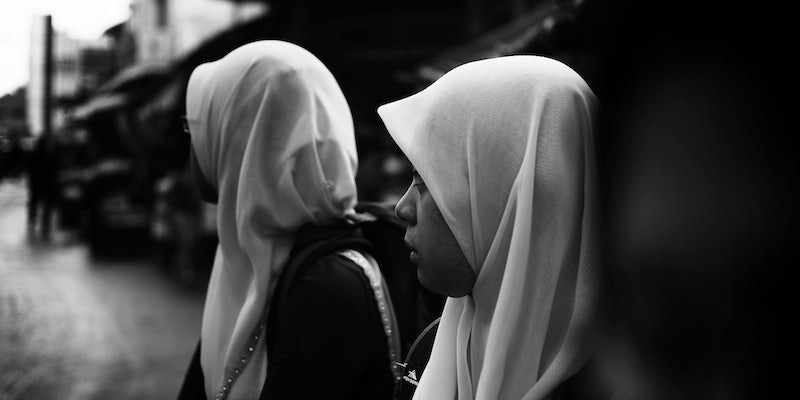 Women are scared of being targeted in hate crimes.

As soon as election results started to swing in Donald Trump’s favor last night, the fear among people of color, the LGBTQ community, and women was palpable on social media. One group that expressed grave concern over being the target of hate crimes were Muslim women, who wear their label of “other” around their heads or over their bodies.

Women began tweeting about how their mothers, even the devoutly religious, warned them not to wear the hijab or burkas in public.

Many feel such fear is warranted after Trump said he planned to ban all Muslims from entering the country, after the hate crimes and racial profiling targeted at Muslims and Arab-Americans after 9-11, and after the increase in religious hate crimes in the U.K. in the wake of Brexit.

Other people are saying they will proudly wear the hijab and not let fear overtake their faith and personhood.

No one should be afraid to embrace their religion. I'm muslim nd I will wear my hijab freely nd if someone has a problem they can fuck off https://t.co/RfC16pr2PQ

And while others are telling women not to give in and keep wearing the hijab, in the end, only the individual knows what will make her feel safe.