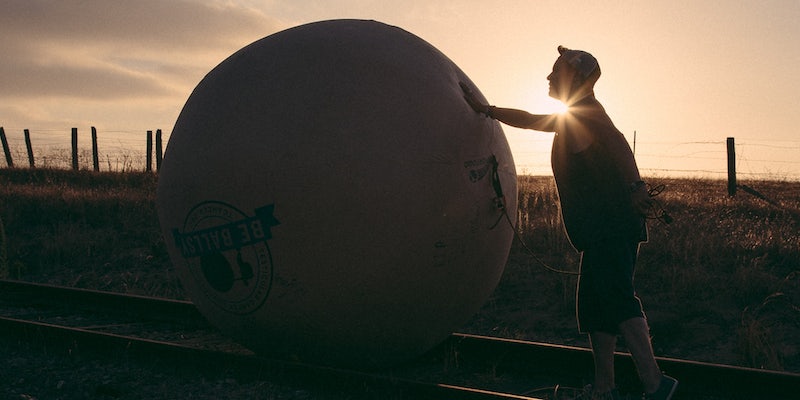 Meet the ‘ballsy’ cancer survivor pushing a giant ball across the U.S.

This takes some guts.

One social media-savvy cancer survivor is taking a ballsy approach to raising awareness.

When Thomas Cantley, a survivor of testicular cancer, was going through treatment, he was struck by the lack of awareness, resources and information available to patients.

“When I was first diagnosed, I felt alone,” Cantley told the Daily Dot. “I didn’t know where to go.”

Cantley says he did find support from Cancer 101 founder Monica Knoll and fellow testicular cancer survivor Jonny Immerman. “But a lot of young guys weren’t as fortunate,” he says.

Upon being awarded a clean bill of health, Cantley decided to take an unorthodox approach to raising awareness of the disease: He is pushing a giant inflatable rubber ball across the country. 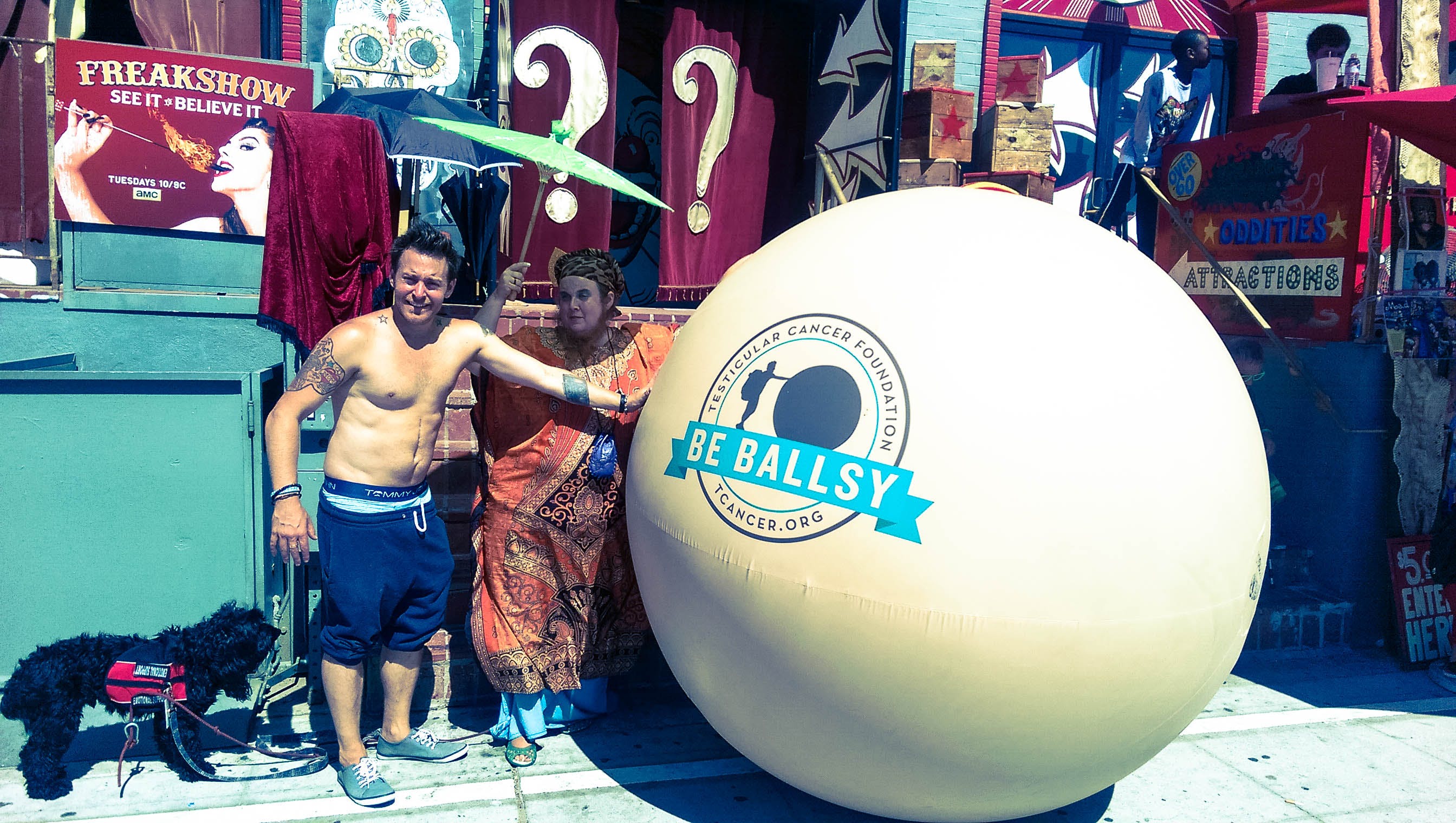 “The ball was something different and was a symbolic metaphor of the difficulties of cancer [and] carrying this burden,” Cantley explained. “I needed to appeal to my demographic, so I had to have that edge factor. Testicular cancer is the number one cancer diagnosed between the age of 15 and 35 in young men. I want to be that spearhead movement.”

Cantley’s goal with his unique travel accessory is to spend the next month traveling to many different U.S. cities and meeting fellow testicular cancer patients as well as supporters and well-wishers. Those who meet up with him are encouraged to sign their names on the ball. In addition, he is attempting to raise $15,000 in donations through the Testicular Cancer Foundation’s crowdfunding site.

“[I want to meet] survivors from across the country … but also people who have lost someone or anyone battling anything, Cantley said. “This ball is for them—the journey of those who fought and survived, or are still battling.”

While Cantley’s Instagram stream is nothing short of impressive, he admits that the largest social media response has been from their Twitter feed, @WeAreBallsy. 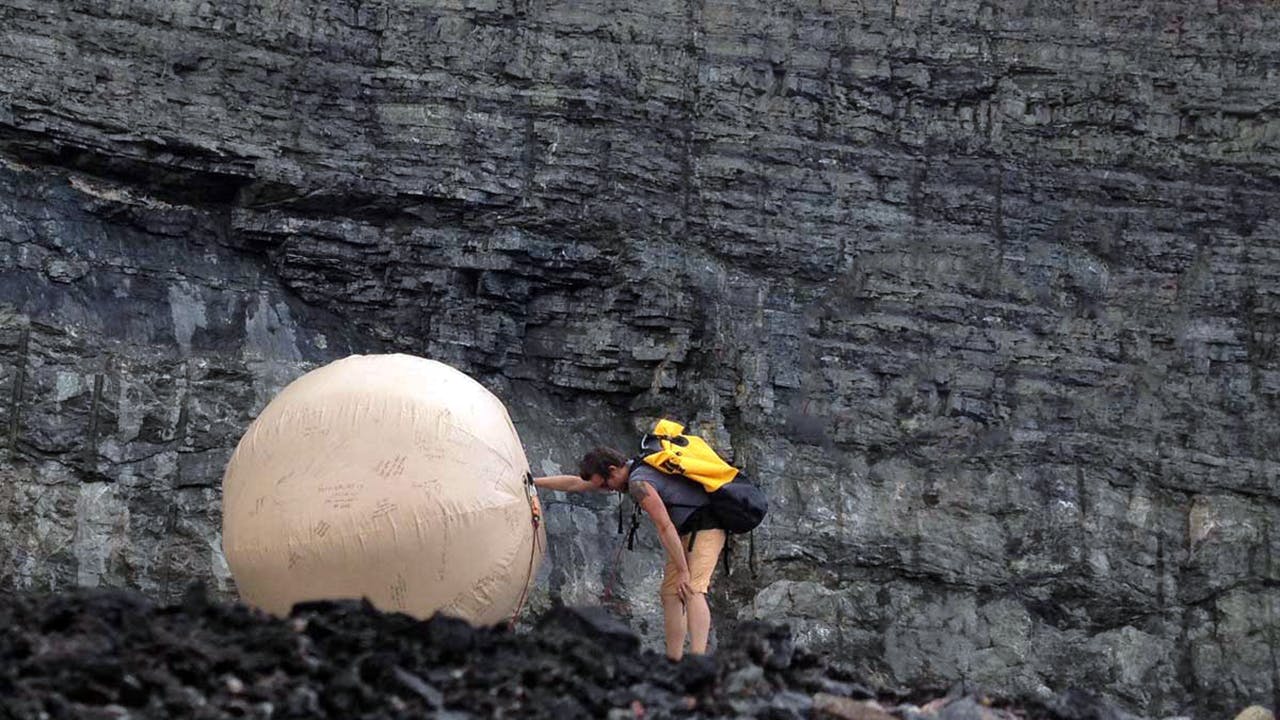 In a society that uses everything from 5K races to dumping ice water on their heads to raise awareness of various diseases, Cantley and his giant ball aim to use the imagery to educate—and, importantly, strengthen—people all across the country.

“It doesn’t take a million dollars to change the world, just people that care,” Cantley said. “This type of cancer is vastly rising, and the importance of this journey is to educate men not to be afraid and to get past their ‘Superman’ complex. It’s about being ballsy and standing up and kicking cancer’s ass and being a true warrior.”