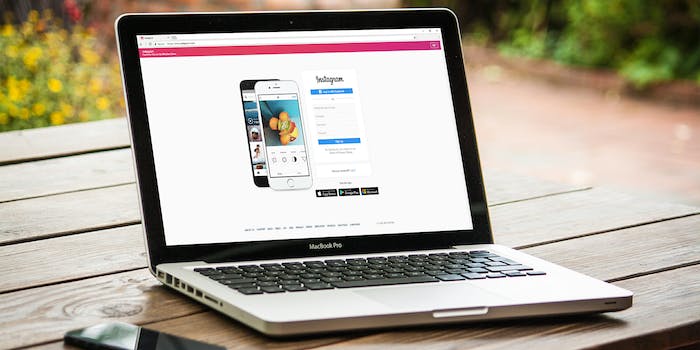 Mother could face charges after livestreaming assault on alleged pedophile

She said the man tried to lure her 13-year-old daughter.

A Canadian couple may be facing charges for livestreaming an act of vigilante justice on Facebook last week after a man came to their house, allegedly with the intention of having sex with their 13-year-old daughter, Vice reported Tuesday.

When the 28-year-old man arrived at the house in Port Alberni and made his way to the daughter’s room, the mother punched him, and two men tackled and hogtied him on the ground. The two men were the girl’s stepfather and another man who is not the girl’s father, CTV News reported.

The mother, whose identity is being protected by CTV for the sake of her daughter’s privacy, then recorded a Facebook Live video while waiting for police to arrive.

“He comes to my house to meet my 13-year-old fucking daughter to fuck her,” she said in the video footage. “He wanted to be her first. We fucking tackled him and zap strapped him and called the police.”

The man had apparently been sending explicit messages to the daughter on Instagram six weeks prior. The parents attempted to get the police involved at the time but said authorities “wouldn’t even look” at the phone and told the mother to “block him and forget it,” CTV reported.

“I went to the police and I asked them to come with me,” the mother said, according to Global News. “It’s not my job, it was theirs. That’s why I gave it to them to deal with.”

The mother said she began to feel desperate so she posed as her own daughter, lured the man to her house, and tried to convince the police show up a second time so she wouldn’t have to take direct action. According to CTV, the mother claimed authorities still wouldn’t help.

When the police did arrive 15 to 20 minutes into the incident to send the man to the hospital and detain the couple, the woman said on camera she was being arrested because she “caught a predator the police refused to catch.” The stepfather is also “being investigated for criminal charges including assault causing bodily harm and forcible confinement,” according to Vice.

In a statement, Royal Canadian Mountain Police said they “can appreciate the discussion this incident, which was captured on video, has generated in the community and on social media.” Police also confirmed the male suspect is “connected to a child luring investigation that began approximately five weeks ago.”

The statement ended with a warning that vigilante actions “are not only illegal and put people in danger,” but they can also potentially “compromise the original ongoing investigation.”

Corporal Amelia Hayden confirmed the mother had warned authorities about the man’s attempts to visit her underage daughter but said the woman’s actions haven’t “resolved one issue” and only caused another.