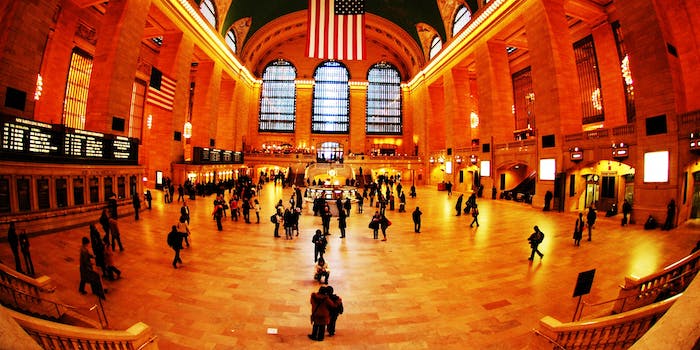 It's been nearly 40 years, and he still remembers their night together.

It might be the most romantic Craigslist missed connection advertisement ever written.

It was the eve of Thanksgiving, 1974. He was rushing to catch a train at New York City’s Grand Central station when her blond hair and plaid dress stopped him cold. Seized by a feeling of “uncharacteristic courageousness,” he walked up to her and started a conversation.

“You were studying at Oberlin, and on your way to spend Thanksgiving with your aunt in Jersey City,” the ad reads. “After explaining to you where you could get a bus, I asked, in spite of knowing it would mean sacrificing my last chance to spend the holiday with my family (and likely infuriate my over-protective mother), if you wanted to get a drink and you said yes.”

After sipping beer at the station, the two retreated to his dorm at New York University to share a half-finished bottle of red wine. They made love that night. The next day they smoked cigarettes and talked about philosophy for hours before she caught a bus to New Jersey. A few weeks later, he received a letter from her with no return address.

This woman was unforgettable. Now, nearly 40 years later, he hopes to share one more drink with her.

“My life has known it’s share of triumphs and heartaches, of love and loss,” he wrote on Craigslist. “Against my better judgement, I haven’t forgotten that day – and, at least once a year, while mowing the lawn, or reading a newspaper, the details come back to me.”

With a lack of personal information and specific details, it’s hard not to imagine the ad as some creative writing experiment or a reinterpretation of Before Sunrise— but the hopeless romantic hopes for a fairy tale ending. 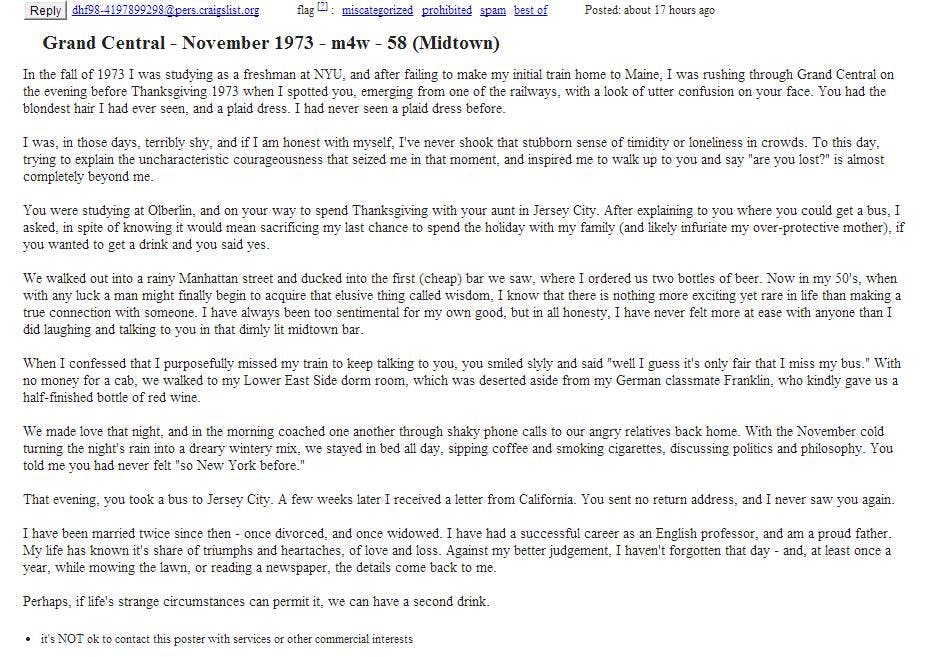