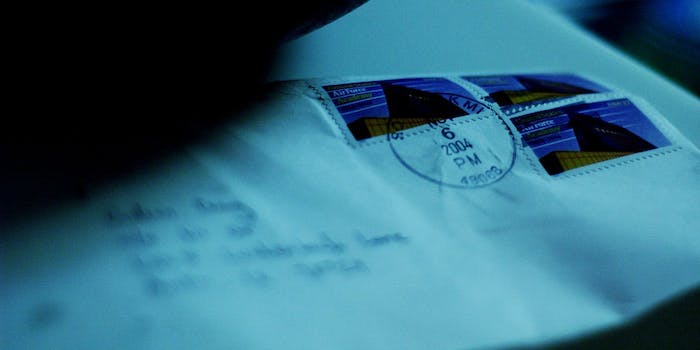 Please, for the love of God, moms: Stop talking about your baby on Facebook.

Australian mom Jade Ruthven had a very rude awakening when she recently received a carefrontation letter from a concerned group of her Facebook peers. The contents of the letter were essentially as follows: Please stop raving about your baby daughter, Addison.

“We all have kids that we are besotted with—guess what – every parent thinks their kid is the best ever, but we don’t ram it down everyone else’s neck,” the anonymous, typewritten, em-dash-heavy letter reads. “Stop and think—if every mother posted all that crap about their kid—I’m sure you’d get over it pretty quickly.” 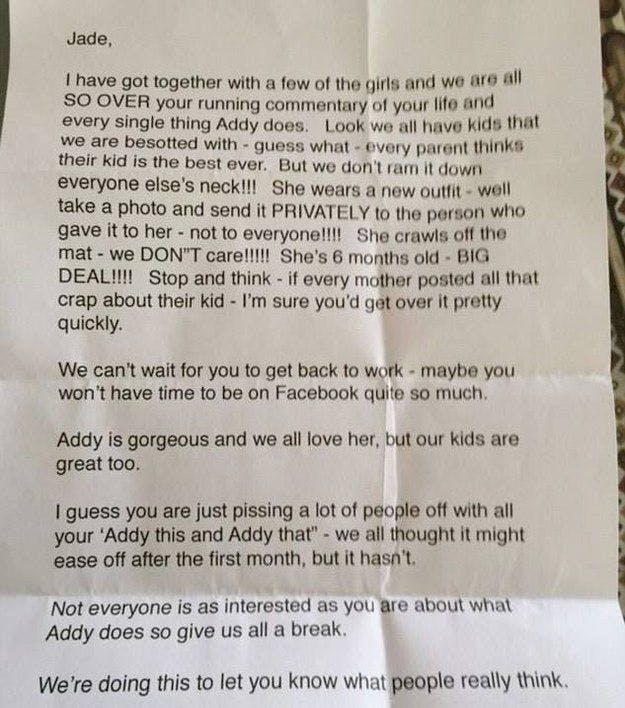 Like any new parent with “mom goggles” on, Ruthven saw her friends’ attempt at a wake-up call as a huge insult.

“I was shaking with anger and shock to think a [so-called] friend of mine could be so heartless and gutless to not even sign their name, she told Daily Mail Australia. “These people clearly have too much time on their hands to sit and chat about my Facebook usage. It’s quite sad really.”

But instead of letting the letter eat her from the inside, Ruthven forwarded it to Australian comedian Em Rusciano, who hailed it as “bitching to the next level.” It has since garnered Ruthven a steady amount of support, as well as her own community page.

The most amazing part of this story? Ruthven reportedly still has no idea who penned the original letter. Come forward, ladies. Eventually, Ruthven will thank you for it.