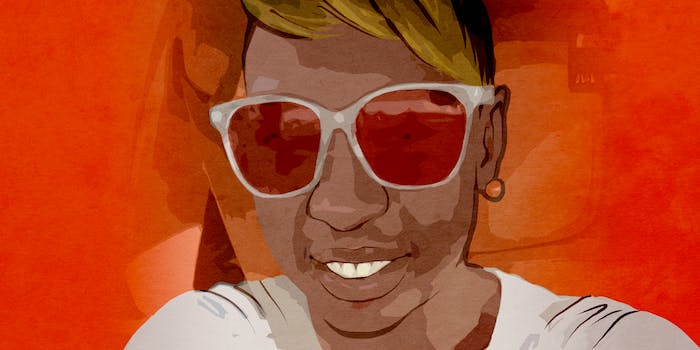 The video has since been shared nearly 5,000 times and caused a heated debate online.

The first thing you see in 16-year-old Nia Green’s Facebook Live video is her mother Shanavia Miller coming after her with a long stick. And what you hear after Miller says, “You wanna try me, right?” is Green being hit with that stick. Over and over again.

Even though the incident was broadcast live on Green’s page, it wasn’t the Georgia teenager who set it up to be viewed by more than 4,000 people. It was her mother.

“Now, I’m gonna need y’all to send this viral, please share this,” Miller says at the end video, turning the camera on herself. “‘Cause I’m not done, more to come.”

The video has since been shared over 4,700 times and uploaded to YouTube. And of course, it has caused debate online, with many commenters saying the mother went too far. As one said, “While I understand that children need to be disciplined, I do not agree with how far this mother took it. I cannot see how punching her in the face, torso, legs… not to mention embarrassing her and yourself on social media will help.”

In a later post, Green wrote she loves her mom and that she “shouldn’t even been doing what I did.” It looks like Miller also posted under her daughter’s name, saying, “I love my daughter with all my heart what ever happens after this o well my daughter is not going to disrespect me or herself [sic].”

According to CNN, authorities are looking into the incident. Special Victims Unit officers followed up after local police received phone calls about the video and spoke to Green and Miller, according to Savannah-Chatham Metropolitan Police Department spokesman Sonny Cohrs. Department of Children and Family Services is also expected to follow up, but there are no charges pending, Cohrs said.