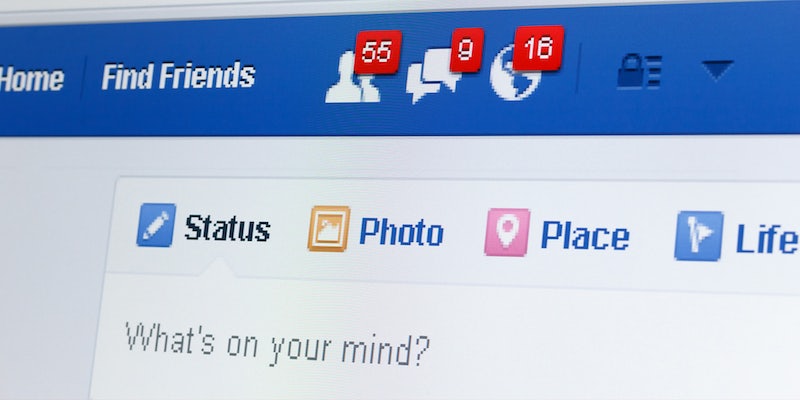 ‘Turns out she had taken too much Ambien and had been trying to look him up’: TikToker says her mom accidentally made her crush’s name her Facebook status multiple times

'I woke up the next day to a bunch of concerned texts from friends saying I needed to check my mom's Facebook.'

Dating can be a minefield—and things only get weirder if parents are involved. One TikToker recently shared a video in which she says her mother made her crush’s name her Facebook status while trying to search him up.

In the video, TikTok creator and songwriter Ashton Foster (@ashtonfoster44) clarifies that her mother was on Ambien at the time, and had taken too much.

@ashtonfoster44 love you mom. #ambien #facebook #fyp ♬ When God Made You My Mother – Riley Roth

“Just remembered that time I was talking to a guy and excitedly told my mom about him and then I woke up the next day to a bunch of concerned texts from friends saying I needed to check my mom’s Facebook,” the text overlay on the video reads. “Turns out she had taken too much Ambien and had been trying to look him up, but ended up just posting his full name as her status 14 separate times and had tagged him in several of her profile pictures.”

Some viewers shared their own experiences of social media missteps in pursuit of romantic interests.

“Once I tagged myself as this guys profile picture and couldn’t figure out how to untag myself so I just deleted my account,” one commenter wrote.

“In high school, an acquaintance of mine got pregnant,” another commenter wrote. “I sent my mom a photo of the baby and she made it her profile picture.”

“I accidently liked a pic of the girlfriend of the guy I liked on Instagram,” a commenter wrote. “I immediately blocked him, her and changed my entire profile to cats, and I became a 90 yr old black lady in my profile picture.”

Update 10:43am CT, Sept. 12: In a phone interview with the Daily Dot, Foster explained that the memory of the incident came back to her after receiving some strange texts from her mother.

“I actually had, I think, subconsciously suppressed it for so many years, because it was so mortifying,” Foster said. “I believe, like, either the day before I posted or the night before my mom sent me some Ambien texts that didn’t make much sense. I just started laughing to myself, you know, thinking like, ‘Oh, my mom and her Ambien.’ And then it like, hit me like a train. I was like, ‘Oh, my God.’ And then it just—it all flooded back.”

Foster noted that her mother had not given her permission to share the story, but she came around after seeing the responses. Her mother has even created her own account so that she can keep up with the response from viewers.

“I sent it to her and before she could even reply, was like, I want you to know that all of the comments are overwhelmingly positive,” she explained. “People are sharing their stories of their moms that have done embarrassing things, like people love you. Because she’s kind of sensitive, I was a little nervous that I was going to have to delete it because she was going to be mortified. But when she saw how many likes it got, she started showing it to everybody at work.”

Foster clarified that while some viewers have suggested her mother has an addiction, this is not the case.

“I don’t want to shame or make them feel bad,” she said. “ I’ve had some people message me or comment on the post saying like, ‘Oh, I have addicts in my family too.’ I’m not trying to belittle their situation, or shame them. I’ve even struggled with wanting to delete those comments, because I don’t want anyone to think—my mom, she has like one glass of wine every two weeks. And it’s Moscato. She can’t hang. Which is why when she takes sleep medication, she does these crazy things.”