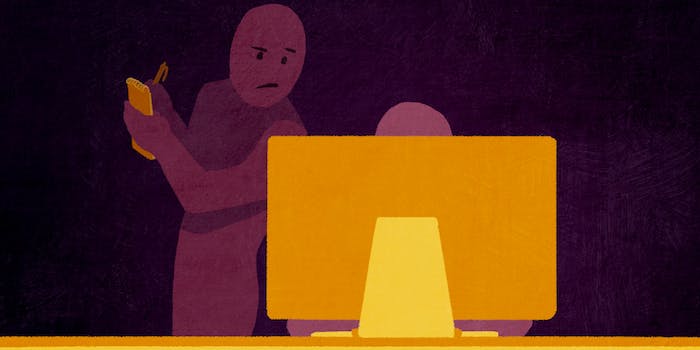 And he has apparently been doing it for a long time.

The day that B. Mitchell Cator’s novel All the Good that Remains was released on Amazon, the author was generating a lot of buzz on the Internet. Except, not the good kind of buzz—the kind that can kill a career.

Cator’s novel and a collection of short stories, Probably So, were self-published under the name of Anchor Hudson LLP. As a result of the allegations, Amazon took down the sales link for the ebook of Probably So, although as of this writing, the novel was still available to purchase. Cator’s novel was reviewed by Kirkus Indie, but commenters are clamoring for Kirkus to remove the review. 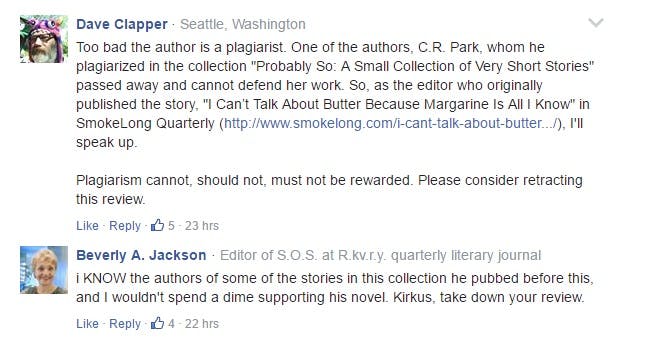 Additionally, writers have been using Twitter to post the results of their own sleuthing into to Cator’s writing. And the result is a plethora of examples of Cator lifting text from online writing and claiming it as his own.

The site Great Writer’s Steal compiled a list of all the known instances of plagiarism in Cator’s short story collection Probably So, which includes the following:

Ira Lightman bought Cator’s novel and read it, scouring for instances of plagiarism, and writer Karen Jones tweeted the results of the investigation:

B. Mitchell Cator: The drumming at the game in Ch 15, two paragraphs, is taken word for word from: https://t.co/TijTzkgFor

B. Mitchell Cator Para about the game from bleaches and alcoves to "youthful high school energy" in ch 29 is from: https://t.co/p6ZvQtuJFU

B. MItchell Cator. 2nd paragraph of ch 35, from poles no longer vertical to colossal windmills is: https://t.co/Q3W0Q5avRY

B. Mitchell Cator The end of chapter 11, about eating in a Chinese restaurant, is largely identical to passage here: https://t.co/3QgD7Z3O6v

Cator, who deleted his Twitter account and has been deleting pages from his website that include plagiarized passages, did not immediately return request for comment. But the Daily Dot did receive an email from a writer, who forwarded a copy of an apparent apology written by Cator.

Writer Stephanie Georgopulos first learned that Cator had plagiarized from her writing when she was alerted via DM on Twitter from @ApostropheAbuse. She told the Daily Dot over email.

To be honest, if it were just me, and just this one piece, I probably would’ve let it slide — but the idea of someone lifting work from dozens of writers, ostensibly to land or promote his book, pissed me off. Writing is hard! If you can’t do it, the solution isn’t to copy/paste your way to Kirkus. I’m almost impressed that he pulled this off for so long.

Georgopulos has not received an apology from Cator, but she hopes to hear from him, noting, “…not even a personal apology, but an explanation to everyone who’s been taken advantage of. I want to understand. And I can’t do that when his voice is missing from the conversation. I also believe it’s a conversation that needs to be had, because it affects a community of people, not just those who were ripped off. I get the sense that he’s remorseful, but it would be more helpful to the community he’s harmed to understand the motivations, pressures, and justifications that led us here.”

Despite having her work stolen, Georgopulous expressed the hope that Cator was taking care of himself amid the backlash, but added that she hoped he would “clarify his thought process sooner rather than later.”

Cator’s pervasive plagiarism has reignited the discussion about a publisher’s duty to fact-check authors. Cator’s books were self-published and many of the places that he published his stories were small online literary journals that are often run by a small volunteer staff. Easy Street magazine, which published one of Cator’s stories, published an apology which noted:

Today has also brought the news that Easy Street is not the only entity on the receiving end of Mr. Cator’s duplicity. As with many small magazines, our editors work on a basis of trust with writers, the majority of whom are working hard to get their work in front of the world. For one writer to take the hard work of not just one, but many, talented authors, passing work off to journals whose missions are to champion writers and beautiful work is appalling, at best.

It’s certainly easier to pick things up and pass them off as your own with the advent of the internet. I think it’s also easier to get caught — though editors have to be pushing pieces through software. Most of us read so much: I judge up to six contests a year and stories, particularly those of similar subject matter — geriatric regret, cancer diagnoses, etc. — can tend to blur.

Griep also forwarded an apology to the magazine from Cator, which stated, “I’m very sorry this is happening and sincerely apologize.”

Cator has been largely silent. The only thing that remains is a post titled “Claudette before Deke,” which Cator claims on the site is the back story to his novel. That too, it would appear, has been plagiarized from Kenn Tenorio’s Thought Catalog post “12 Things I Need from You.”