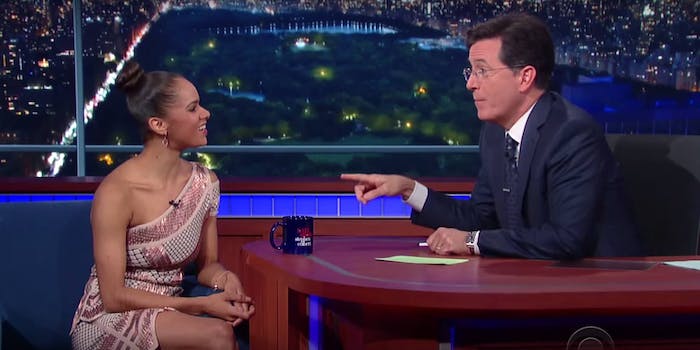 This interview is a perfect example of why Misty Copeland is a star.

As the first African-American woman to become a principal dancer at the American Ballet Theatre, Misty Copeland is under a lot of pressure to be a role model to younger dancers. In an interview Monday night with Stephen Colbert, she made it abundantly clear that she is up to the task.

The world of classical ballet is notoriously conservative, but Copeland has always been a public advocate for greater diversity in her field. As she explained on The Late Show, her role as trailblazer never felt like a burden.

“It was this voice inside of me that I needed to get out,” she said, “to represent so many people that have come before me.”