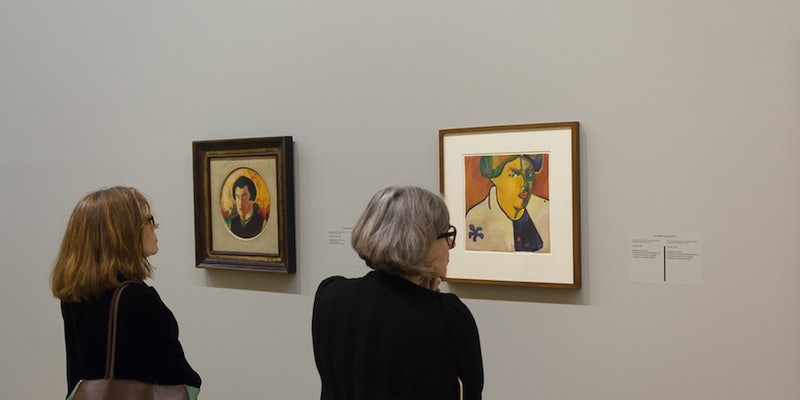 Kazimir Malevich couldn't get into a prestigious school when he was alive, and fares no better when he's dead.

Rejection is a universal experience among artists, but that doesn’t make it sting any less. Solace for struggling painters, writers, and musicians is often to be found in stories of historical greats who went unappreciated in their own time—which forms the basis of this bold YouTube stunt.

Kazimir Malevich, the video by Michael Mikrivaz explains, was a Russian artist whose work now fetches millions at auctions. He also twice applied to an art academy, only to be rebuffed. Granted a third shot at securing approval from a professorial eye, after decades of renown as a master of abstraction, would Malevich make the grade?

Armed with a folder of sketches reproduced in charcoal, Mikrivaz walks into prospective student interviews and listens to what the arbiters have to say about “his” efforts to date. They tend to express some admiration, and one woman quickly identifies Mikrivaz as a Suprematist—that is, someone influenced by a movement of which Malevich is considered the godfather—yet still, at the end of the day, have to pass.

As one YouTube commenter angrily points out, the problem may be one of context. Malevich’s art was groundbreaking in the early 20th century, ignored or suppressed at a critic’s peril. At best, Mikrivaz probably seems like a talented imitator. An astute interviewer suggests that he hasn’t pushed his own boundaries—settling, instead, for a style that’s “comfortable.”

A flawed experiment, no doubt, though it may make “no” a word less hurtful to hear on the long climb up to recognition.