The petition garnered over 100,000 signatures online.

Today, a bipartisan coalition of senators, along with military sexual assault survivor Samantha Jackson, delivered a petition to the White House to reintroduce the Military Justice Improvement Act (MJIA), which would create an impartial military justice system that puts prosecution decisions into the hands of legal experts, instead of commanders.

The petition has collected over 100,000 signatures online and was distributed after a report from the nonprofit Protect Our Defenders and an investigation by the Associated Press revealed that the Pentagon misled Congress about how it handles sexual assault cases.

Jackson, a military spouse, says she was raped by her husband, who also videotaped the attack. At the press conference, she said that the military twice turned down her requests for prosecution, despite the recorded evidence, and called their failure to act a “profound betrayal.”

To deflect attention from these failures, the military falsely claimed commanders insisted 93 cases go to trial after prosecutors refused to take the case. It is for these reasons, and her own story, that Samantha led a petition drive calling on the president to reform the military’s criminal justice system and investigate this false testimony. Today, Samantha and Protect Our Defenders will be delivering over 100,000 signatures calling on the president to declare his support for an impartial professional military justice system. 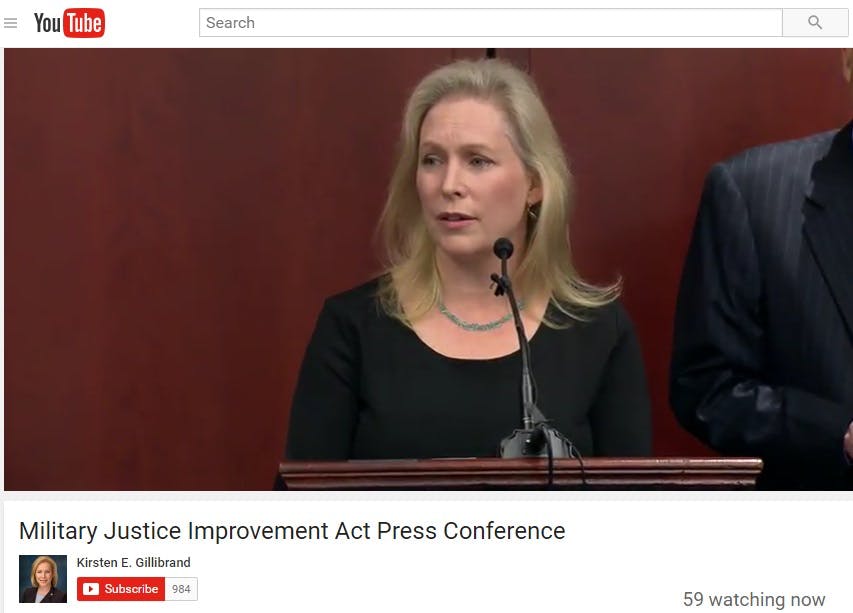 Sen. Rand Paul (R-KY), who was also in attendance, said the current military system is “not working the way it is.” Sen. Chuck Grassley (R-IA) added, “We’ve been misled. [The military has] a culture of ‘we’ll take care of it.’ But they don’t take care of it.”

.@SenGillibrand says she has a commitment that her #MJIA amendment will be considered as part of Senate's #FY17NDAA pic.twitter.com/FMVHYCODti

At the end of the conference, Sen. Kirsten Gillibrand (D-NY) called the current military justice system ineffective, saying that it is “rife with bias and a lack of accountability.” She said she was “very frustrated with the White House” and hoped President Obama will take action on MJIA.

Update 4:25 pm CT, May 24: The White House has refused to accept the petition, according to Protect Our Defenders, the human rights organization that helped organize the press conference.