Is the sexist backlash to Miley Cyrus worse than her twerking?

“I should have pulled out,” reads the Impact text on one popular Reddit image of Billy Ray Cyrus.

Last night, Miley Cyrus’s VMA awards performance found her twerking it up in a mouse-eared, flesh-colored leotard with Robin Thicke and a bevy of giant teddy bears. If the whole performance seemed to be a not-so-subtle attempt to break away from Cyrus’s Disney roots, the result landed somewhere between total freakshow and Lynchian inquiry into the nature of shame and self-doubt.

The performance seemed to leave the Internet (and everyone else) dumbfounded last night. The twerk was easily the biggest moment of the VMAs—and that’s including Lady Gaga’s seashell bikini.

When the Web found its footing and began to post a slew of Photoshopped remixes, the response took a blatantly sexist turn.

In a two-sentence post that sums up the Internet’s reaction, toasttothegodz wrote on Twitter, “Miley’s recent behaviour is unhealthy, wild and just out of control. Someone needs to put that bitch in her place.” 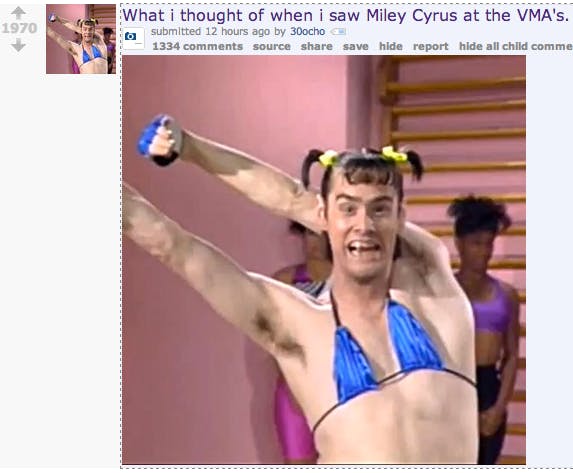 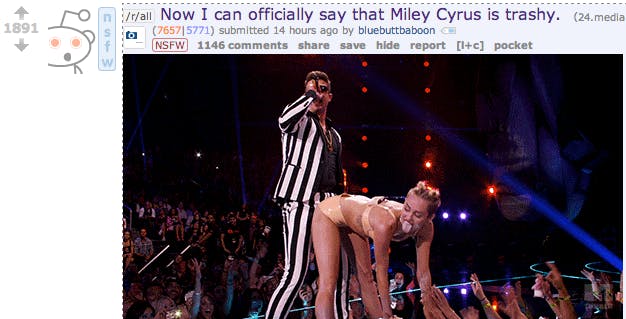 One popular GIF on Imgur is titled “What Robin Thicke should’ve done”—that is, pelvic-thrust Miley Cyrus onto the floor:

Meanwhile, references to Cyrus’s Disney days as Hannah Montana popped up everywhere. So did plenty of overwrought handwringing for her father, Billy Ray Cyrus. “I should have pulled out,” reads the Impact text on one popular Reddit image.

Watched the MTV VMAs and I just feel like everything is terrible and people are horrible and sex is gross and even Christmas is dead.

Multiple image macros denigrate her for showing a little body fat during close-ups: 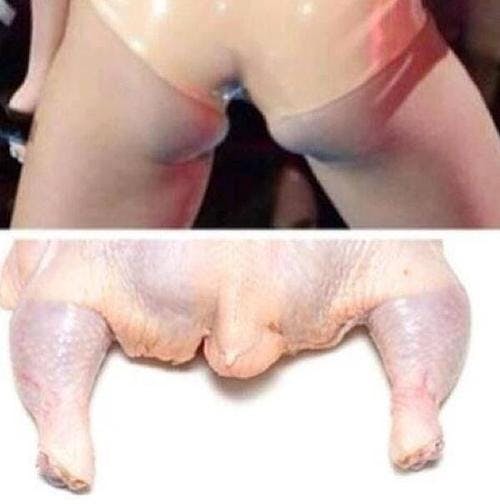 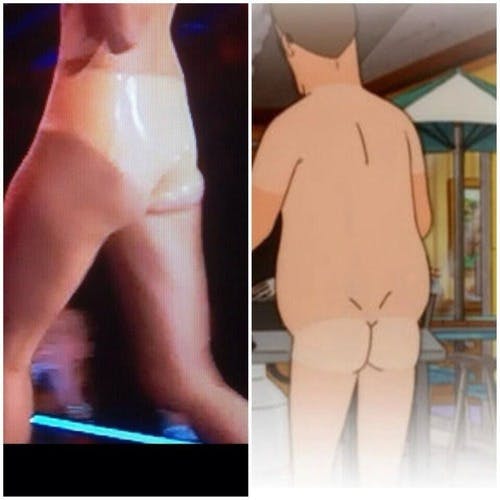 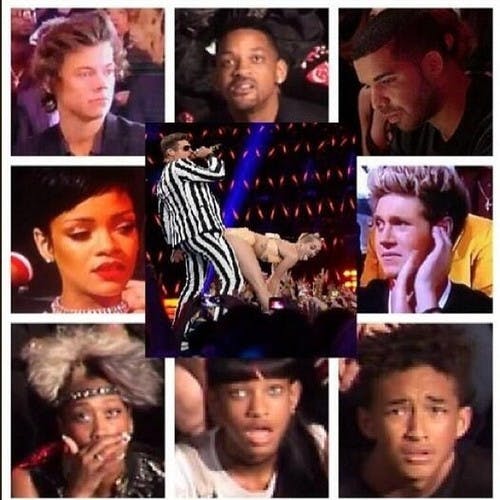 And, of course, her married costar Robin Thicke appears to be getting no criticism at all for his part in the twerkfest.

“It’s only a matter of time, Miley,” wrote one Reddit thread comparing her to the infamous “Kill Britney” episode of South Park, in which a frenzied, media-hungry mob stones the pop star to death. 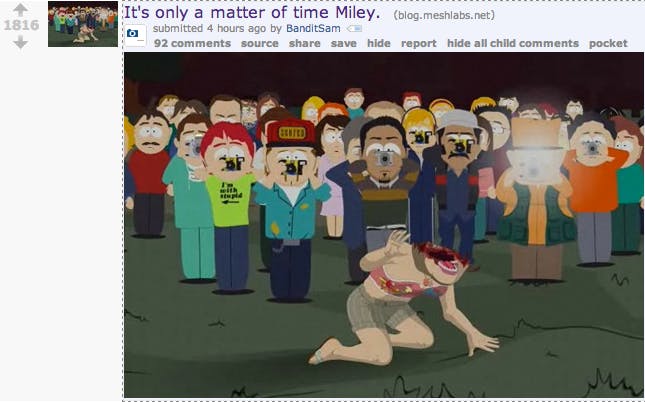