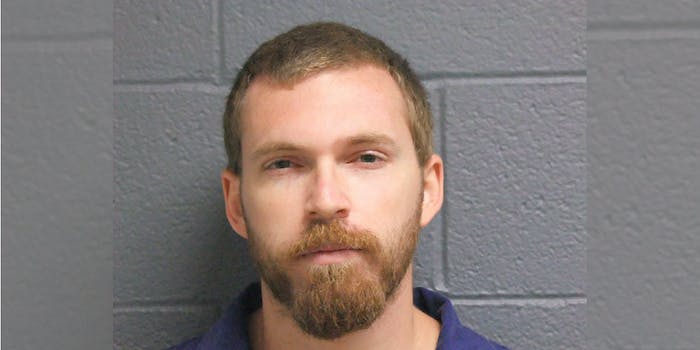 This is believed to be the first case of its kind in Michigan.

A 21-year-old Michigan mother is left seeking protection after her rapist was awarded parenting time and joint legal custody of her 8-year-old child after the county surveyed her about child support.

According to the Detroit News, the survivor’s attorney says Sanilac County Circuit Judge Gregory S. Ross awarded Christopher Mirasolo, 27, joint custody after a DNA test established Mirasolo was the parent of the child. The attorney, Rebecca Kiessling, has filed an objection with Ross and will be seeking the survivor’s protection under the federal Rape Survivor Child Custody Act at a hearing on Oct. 25.

According to Kiessling, Ross ordered Mirasolo to be added to the child’s birth certificate and to be given the survivor’s address after the survivor filled out a county survey about the child support she received this past year. Kiessling also said despite assistant prosecutor Eric Scott’s insistence, her client was never asked for consent to give Mirasolo joint custody nor did she give it.

As part of the custody change, Kiessling said her client was notified she couldn’t move more than 100 miles from where she lived when the case was filed without the court’s consent, and she had to “come home immediately or she would be held in contempt of court.”

Mirasolo’s attorney, Barbara Yockey, said Mirasolo never initiated the paternity test nor custody change, and that this was something routinely done by a prosecutor’s office when someone applies for state assistance. The News could not reach Ross for comment, and Scott did not return requests for comment.

The survivors’ case is believed to be the first case of its kind in Michigan.

“This is insane,” Kiessling told News. “Nothing has been right about this since it was originally investigated. [Mirasolo] was never properly charged and should still be sitting behind bars somewhere, but the system is victimizing my client, who was a child herself when this all happened.”

According to Kiessling, her client was 12 when Mirasolo, then 18, forcibly raped and threatened to kill her in September 2008. Mirasolo had abducted her client, the client’s 13-year-old sister, and a friend and kept them captive for two days in a vacant house. He was arrested a month later when Kiessling’s client found out she was pregnant as a result of the rape.

Mirasolo was given a plea deal for attempted third-degree criminal sexual conduct, and he served a little more than six months of his one-year county jail sentence. In March 2010, Mirasolo committed a sexual assault of a child between the ages of 13 through 15, for which he served a four-year sentence.

“I think this is all crazy,” the survivor told the News. “They [officials] never explained anything to me. I was receiving about $260 a month in food stamps for me and my son and health insurance for him. I guess they were trying to see how to get some of the money back.”