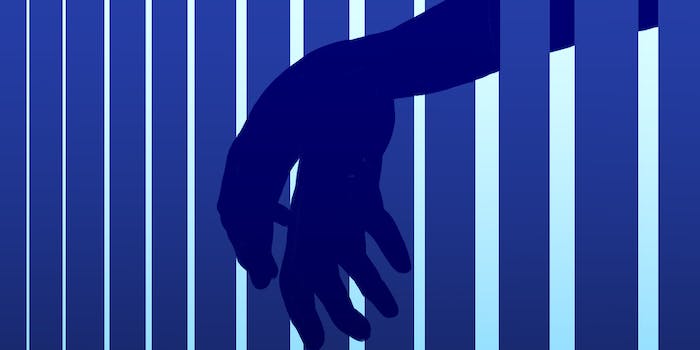 The teen was used as bait for a Backpage robbery scheme. Now she faces up to 20 years in prison.

On Facebook, Latesha Clay looks like any other 15-year-old girl. Her hair pulled back into a ponytail, she wears mostly sweats and sneakers in blurry selfies taken with friends and her many siblings.

But on Jan. 11, Clay’s life took a drastic turn when she was sentenced to prison for up to 20 years. Her crime? The teen was the bait in a series of Backpage escort ads designed to lure men into a robbery scheme.

As reported by MLive.com, the teenager sobbed while receiving a 9-to-20-year sentence in prison. Clay, whose name was inexplicably released by local press despite her status as a minor, had been offered up as bait in a Backpage post advertising sex with the underage girl. When the clients showed up at a Motel 6, MLive.com explained, they were met by an adult male, Trayvin Donnell Lewis, who used a realistic-looking airsoft gun to drive the clients to an ATM and rob them.

However, Clay herself fits every guideline for qualifying as a trafficking victim just by virtue of being underage and sold online for sex. According to the Justice Department’s federal definition of sex trafficking, a person under 18 engaging in prostitution (even the mere “offering” of sex for sale) is automatically considered a trafficking victim regardless of whether a pimp or client used “force, threats of force, fraud, or coercion, or any combination of those means, to cause the minor to engage in a commercial sex act.”

When the Justice for Victims of Trafficking Act (JVTA) was signed into law in 2015, many advocates applauded the federal government effort to increase protections for underage victims of sex trafficking. The new federal law vastly expanded resources for criminal justice investigations and prosecutions, and mandated “problem-solving court programs” for teens and kids in the sex industry, such as outpatient treatment, job training, and family support services. That’s why Clay’s prison sentence, rather than the kind of support and treatment outlined by the JVTA, is surprising. 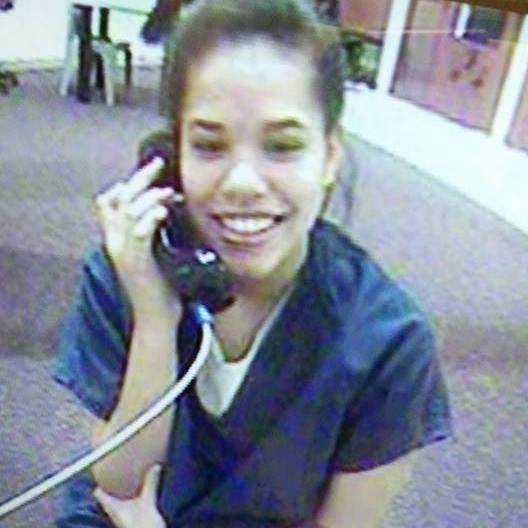 In the courtroom as Clay was sentenced, her mother and siblings sat crying in the gallery. Clay’s mother, Melissa Strickland, made a GoFundMe fundraiser to try and hire an attorney for her daughter. The fundraiser has only received $20 in the month since it was posted.

im trying to raise money to get my daughter a paid for lawyer..she has a court appointed one but dont think shes getting a good deal out of it..anything helps please share..trying to get her home with her family and her 2 beutiful kids

The Daily Dot reached out to Strickland via Facebook for comment but did not receive an immediate response. 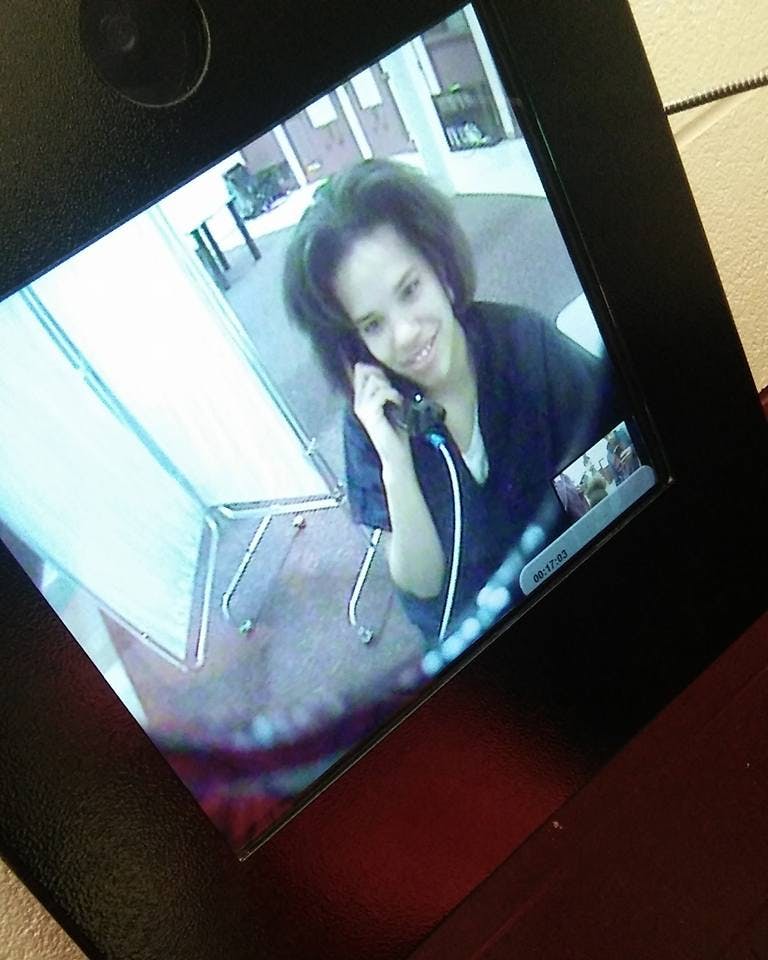 Clay’s last Facebook post was written on Aug. 24, bemoaning her impending imprisonment and the fact that it would take her away from her two young toddlers. According to MLive.com, in October Judge Jeffrey O’Hara was asked to lower Clay’s $50,000 bond so she could care for her kids. O’Hara refused. 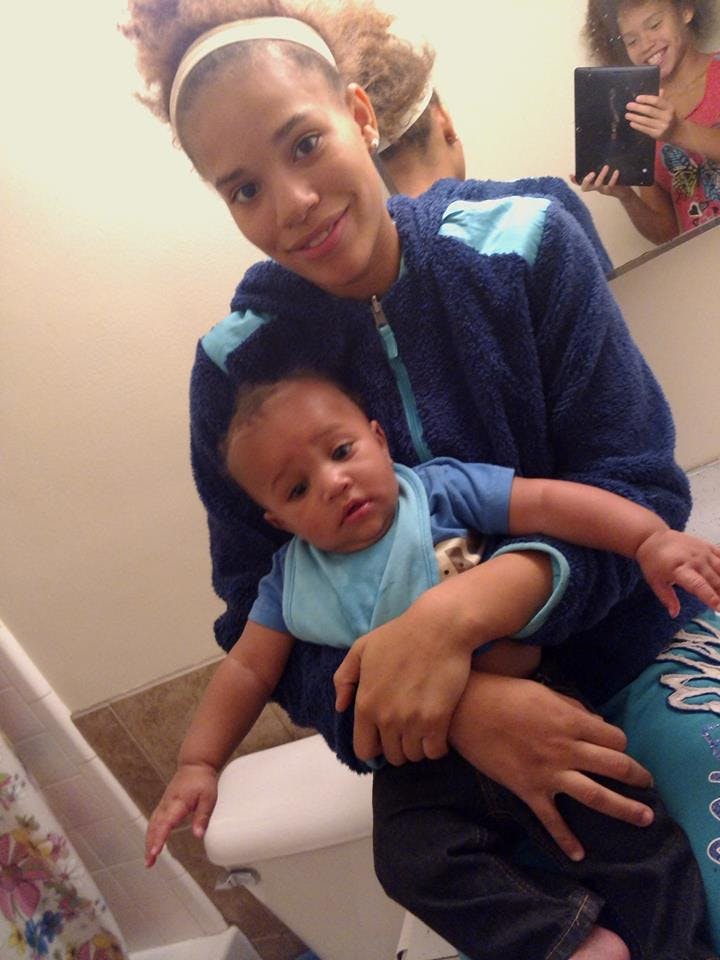 The Daily Dot reached out to Kate D’Adamo, an advocate for trafficking victims at New York’s Sex Workers Project, for clarification on Clay’s sentencing.

“The problem with charging is the challenge between federal and state law. Under federal law, yes, she is a victim of trafficking, and probably under state law as well,” said D’Adamo in an email to Daily Dot. “That said, under state law she is also criminalized by prostitution (and proxy) laws. So while we recognize that criminalization isn’t what those trading sex underage need, it’s the laws that we choose to police which impact people.”

D’Adamo said that while the newly adopted JVTA does set standards for treating those under 18 in the sex industry as victims rather than as criminals, the federal guidelines are more of a suggestion than a firm rule.

“Just being declared a victim of trafficking only means that she might be able to access certain benefits legally, and doesn’t make her immune to prosecution in the state or federal level, even if it’s the exact same behavior that she is legally declared a victim under,” said D’Adamo.

Despite the good intentions of the JVTA, is isn’t clear whether kids like Clay are actually being helped when it comes time to go to court. If the state is calling children and teens “victims” with one hand while sentencing them as “criminals” with the other, the message is as confusing as it is enraging.

According to a 2015 paper submitted to the United Nations by a number of legal advocacy groups, criminal convictions have a cyclical effect—preventing victims from accessing needed counseling and services while also adding to the trauma they’ve already experienced.

In most states in the U.S., laws and policies are designed to maximize prostitution arrests and prosecutions, rather than to identify and assist people who have been trafficked. As a result many trafficking victims, including children under 18, frequently first come into contact with authorities when they are arrested and prosecuted for prostitution and other related crimes. Criminal arrests are traumatic experiences that reinforce fear and distrust of police and authorities instilled by traffickers.

According to an October MLive.com report on the case, investigators were working with the robbery victims—the men who answered the Backpage ad offering sex with a young teen—to identify Clay and the two other people involved in the scheme.

“Kent County Undersheriff Michelle LaJoye-Young said similar incidents have been reported through Silent Observer,” reported MLive, referring to Michigan’s anonymous crime tip reporting system. “She assures victims that the department is not focused on investigating them for solicitation of prostitution in this case.”