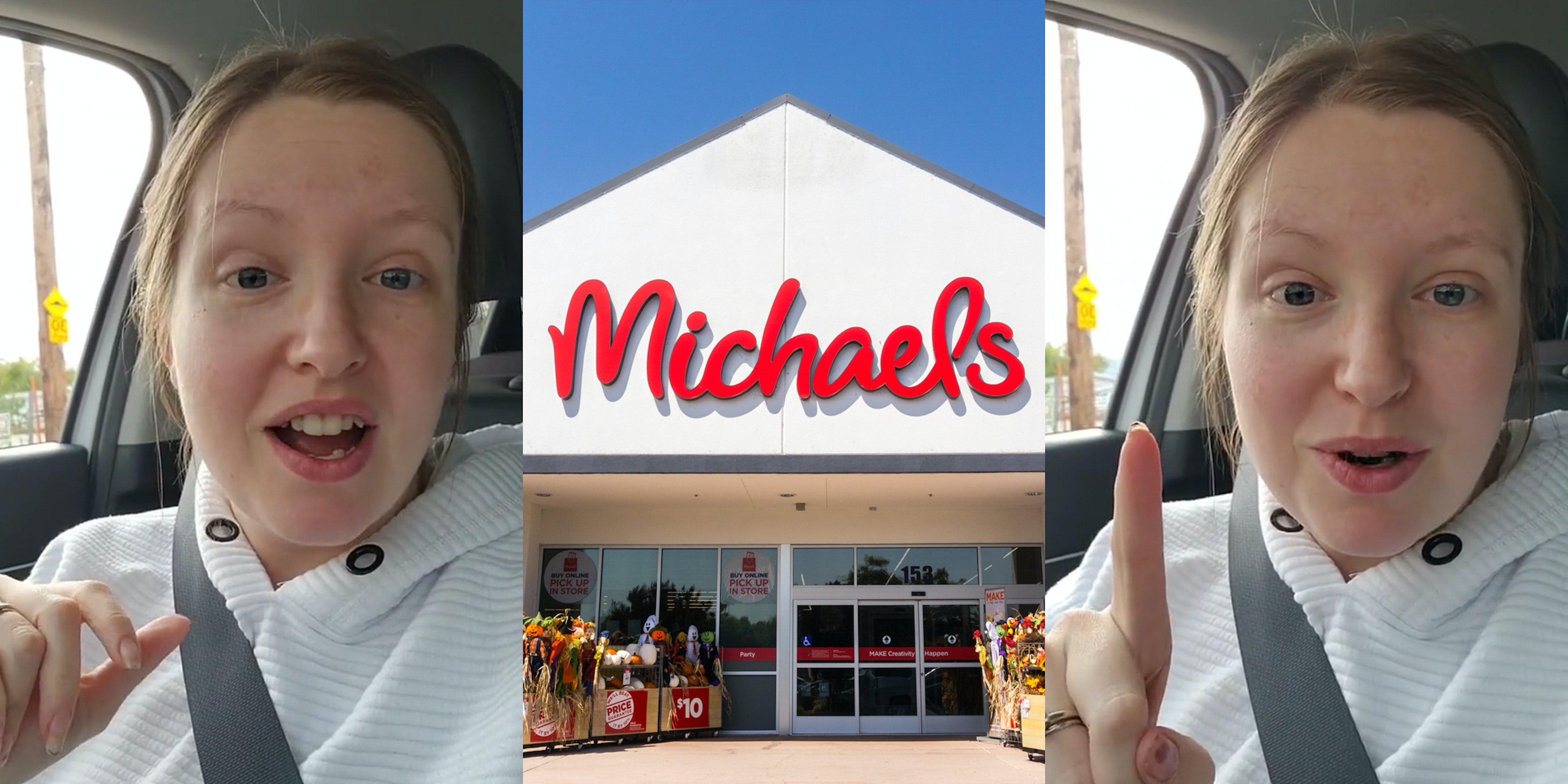 ‘What in the Dollarama is going on in here?’: Michaels’ customer slams manager for mistreating employee amid store chaos

'It's probably not the time to roast your employees given the staff shortages!'

In a viral video posted Nov. 1, TikToker Fig Newton (@figthenewton) shared her experience at her local Michaels craft store. While in the store, she says she noticed empty boxes scattered around and witnessed the store manager allegedly speaking down to an employee.

“It’s probably not the time to roast your employees given the staff shortages!” she wrote in the caption.

Newton says it was hard for her to maneuver around these boxes but that the worst part of the experience was when she went to check out.

“What in the Dollarama is going on in here?” she says. “It just looked like a big mess.”

An older lady was her cashier and she had used the intercom to ask for more quarters at her station, the TikToker says. According to her, the manager came over and scolded the cashier and after the cashier asked about a price check, the situation escalated.

“The manager is like, ‘how would I know that? You have the same resources I do and you can look at your phone and look that up,’” she says.

Newtons says once the cashier realized the paintbrush she was trying to purchase didn’t have a price tag, the manager chastised her for not having her phone on the store floor. The manager allegedly proceeded to tell the cashier that she cannot fully help Newton because of her mistake.

“I would be lying if I said I wasn’t taken aback so I looked at the manager and I said ‘I think she’s actually doing a really great job of helping me out fully, thank you,’” she says.

Newton says she thanked the cashier for going the extra mile and was met with the older woman saying “you don’t have to worry about me, I’m fine.” The woman allegedly even went as far as giving excuses for the manager’s behavior.

“I don’t care. If somebody is an employee somewhere and I see a manager just going ham on them for no good reason, I’ll tell them where to go and how to get there,” she concludes.

@figthenewton it's probably not the time to roast your employees given the staff shortages! #employee #retailproblems #badmanager #momsoftiktok ♬ original sound – Fig Newton

In the comments section, users shared their thoughts on the alleged interaction.

“The audacity to expect employees to use their personal phones because there is no system in place to be able to look up a price is wild,” one user said.

“As a retail worker, thanks for being that person. We appreciate you,” another commented.

The Daily Dot reached out to Michaels via email and Newton via TikTok comment.