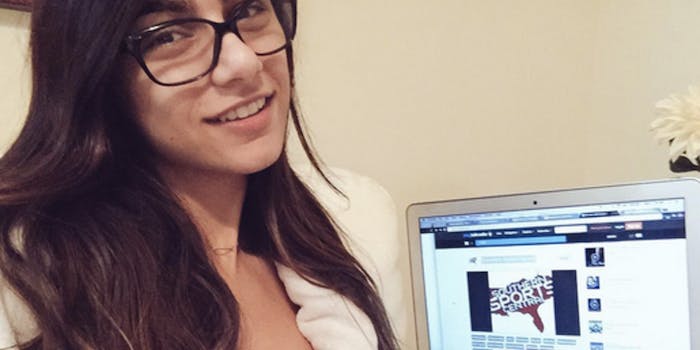 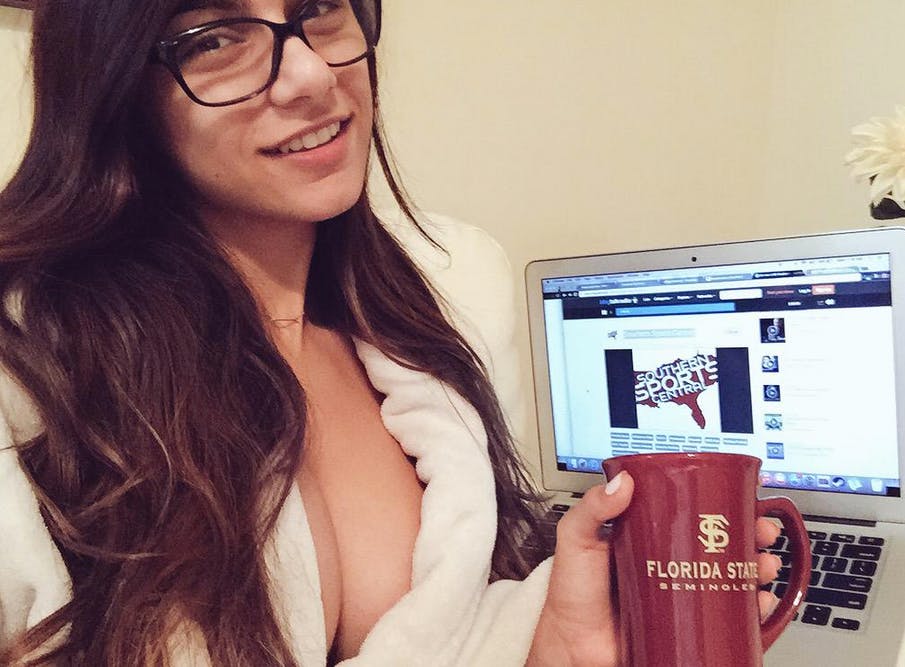 But Khalifa’s victory has been marred by death threats she’s been receiving on Twitter. Much, but by no means all, of the harassment is from fundamentalist Muslims in her home country of Lebanon.

Khalifa has been the target of such invective as this:

@miakhalifa You are a disgrace to the Arabs and the country of Lebanon :D

Much of the criticism (if you can call it that) appears to stem from Khalifa appearing in some of her videos wearing a hijab, which many on Twitter view as disrespectful. Others take issue with her for having a tattoo on her arm that reads “Koullouna lil-watan, lil’oula lil-’alam,” the first line of the Lebanese national anthem.

Thankfully, Khalifa appears to be taking the harassment in stride, if her Twitter is any indication:

Doesn't the Middle East have more important things to worry about besides me? How about finding a president? Or containing ISIS?

She also appears to have a sense of humor about it:

After a long day of death threats, coming home to my xmas gift to myself turns the entire day around 😍 @TheMissAP pic.twitter.com/a1Qd8xNhMC

Enjoy the gift, Mia. And here’s looking forward to a day when women won’t receive beheading threats from strangers on the Internet, just for taking their clothes off.