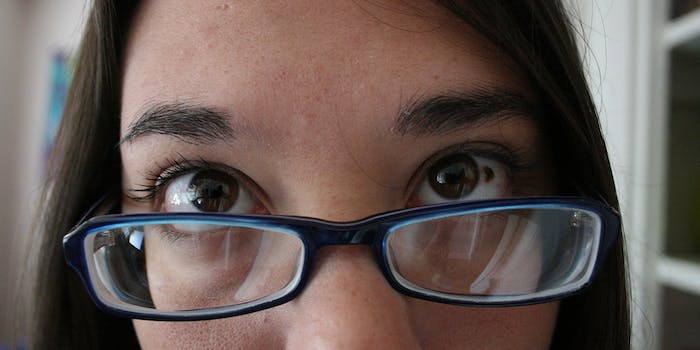 It's shallow to judge someone based on their looks. Judge them by their arbitrary score on an IQ test instead.

You probably think there’s nothing worse than meeting someone who claims to be a member of Mensa, the elite “genius” society that requires its members to have IQs in the 98th percentile with a score of approximately 132 or over.

But there is, in fact, something worse than befriending a Mensa member, and that’s dating one. Introducing Mensa Match, a new feature on Match.com that allows Mensa members to identify one another with special Mensa badges on their profiles.

According to Dr. Helen Fisher, Match.com’s chief scientific advisor, the website’s decision to partner up with Mensa and feature badges on user profiles is simply another way for people to gauge their compatibility with other users. It’s a metric like any other, similar to listing your favorite authors or saying you’d rather date a non-smoker.

Fisher adds that dating a Mensa member comes with its own unique perks that dating a non-Mensa member might not have. “People who are smarter tend to have a higher income, tend to be creative, coordinated, and good at solving problems,” she said. “So not only could you have a better conversation during dinner, but dinner could be in a nicer place, and (you could) leave in nicer car.”

There’s legitimate scientific data to back up what Fisher is saying, and she’s not wrong that intellectual compatibility is a major factor when it comes to choosing a mate: In a recent poll, 89 percent of Match.com members said they would prefer to date someone who is equally or better educated than themselves.

The issue with the Mensa partnership, then, is not whether intelligence is a factor in dating and relationships, but the incredibly narrow rubric by which intelligence is defined. Although you obviously have to have at least a few neurons firing to join Mensa—actress Geena Davis, Quentin Tarantino, and Joyce Carol Oates are all prominent Mensans—it’s by no means the only indicator of human intelligence: in fact, quite the opposite. The only requirement for membership is to pass a standardized IQ Test, which many experts have argued is a fairly one-dimensional assessment of intelligence, not to mention it’s loaded with racial and economic bias.

Selecting a mate based on whether or not they’re in Mensa is sort of like selecting one based on which college they went to. (This is something that Match.com is actually encouraging users to do: A promotional infographic for the Mensa partnership displays the top 10 smartest cities in the country, based on what percentage of its singles are Ivy League grads). Seeing that someone you’re interested in is a member of Mensa is cool and impressive—but despite what Mensa and Match.com would have you believe, there’s no catch-all test to determine whether or not you’re intellectually compatible with someone. To argue otherwise is just plain dumb.