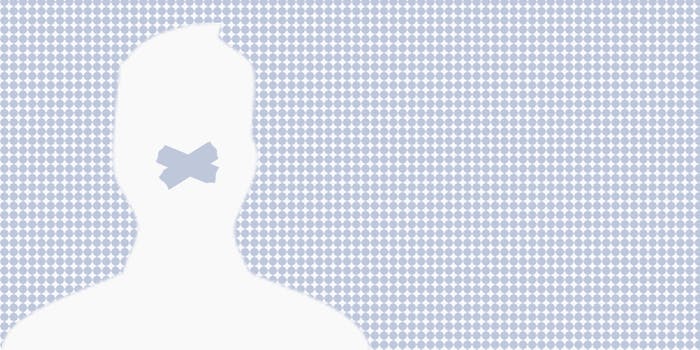 Men's rights activists are fighting Facebook's crackdown on gender-based violence. They think their pages are at risk. Should they worry?

Last week, Facebook defied all expectations and announced a groundbreaking new policy change in its stance regarding gender-based hate speech. The move promises an overhaul of current community guidelines and increased training for Facebook staff, but it comes only after a campaign to alert advertisers and the media to the prevalence of violent images and themes on Facebook, which often skate through censors because they appear on “humor” pages.

But not everyone is happy about the change—particularly men’s rights activists (MRAs), who claim that Facebook is giving in to a feminist threat. At MRA hub A Voice for Men (AVFM), founder Paul Elam declared that the changes were part of a sweeping feminist agenda to “ensure that their narrative is the only one allowed.”

The “narrative” in question refers to Women, Action, and the Media‘s request that Facebook stop protecting “humorous” Facebook communities that actively promote violence against women. 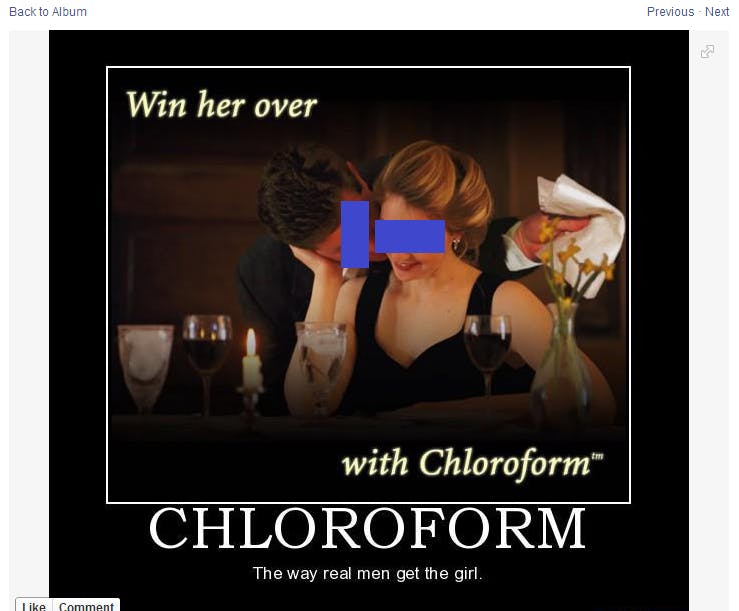 Men’s rights activists are worried their own pages might fall under that category.

Why? Because MRA websites, including A Voice for Men, have often featured images of bruised and bloodied abuse victims, often with a jokey (or not-so-jokey) caption implying that the women deserve it. The post “If You See Jezebel in the Road, Run That Bitch Down,” for example, originally ran with an image of a woman with a black eye (trigger warning: domestic abuse) and the caption “Maybe she DID have it coming.”

This would fall directly under WAM’s explanation of violent, gender-based hate speech that goes unpoliced on Facebook. But MRAs likely don’t have anything to worry about. Their Facebook pages are much tamer: 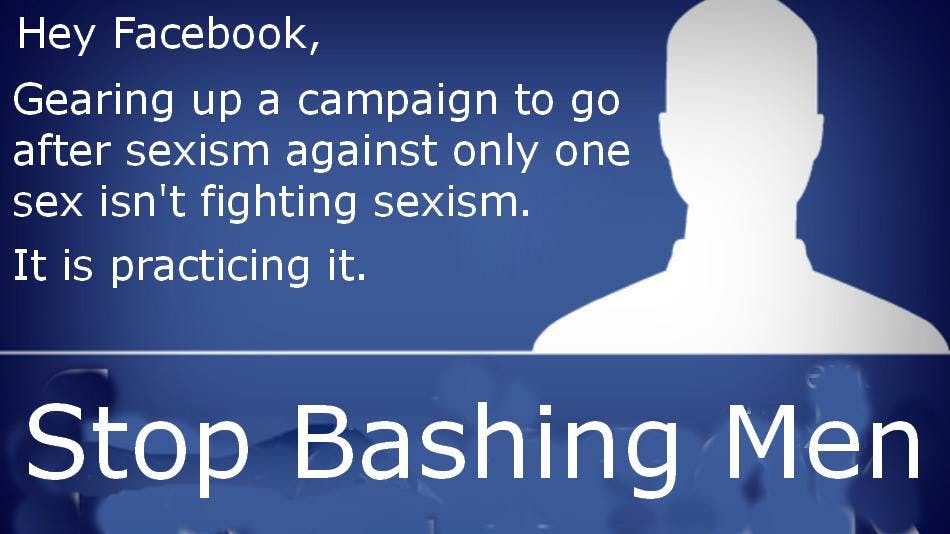 via A Voice for Men/Facebook

That will include, at some point, the AVFM Facebook page and its nearly 3,500 fans (2,000 of which have come in the past two months).

How important this is? In a word, very.

Facebook accounts for roughly 10-13% of our traffic on most days, and with a rapidly growing fan base that promises to represent a continually increasing number of actual visitors to the site.

So, in reaction to the WAM campaign, AVFM is calling for its members to investigate the dozens of signatories on the campaign’s open letter, after noting that some of the organizations on the letter are tax-exempt. As MRA critic David Futrelle notes, it seems difficult to recognize any conflict of interest that could come from organizations like Rape Victim Advocates and the No Hate Speech Movement campaigning to do exactly what they outline in their mission statements.

But to the members of A Voice for Men, the campaign is about a more insidious attack on free speech that they feel is part of an ongoing government conspiracy. In an unlisted YouTube video uploaded to the forum, AVFM contributor Victor Zen explained that they were attempting to find information on WAM’s donor list as well as any government funding.

“If we can show that government funding was ultimately used for the Facebook rape campaign, then we can demonstrate that this whole thing is state-funded censorship… for the exclusive purpose of female protection and male censorship. Part of your income as your tax dollars goes to shutting you up.”

Many MRAs believe feminism is an oppressive force against men. Attempts to quell hate speech are often viewed as code for silencing men. “Their talk about ‘hate speech’ and ‘sexism’ is a thin disguise for what they really wish to do,” wrote The Counterfeminist on Thursday. “Accordingly, whatever is merely critical of feminism will be targeted as hate speech, or sexism, or misogyny, or any other ugly word they might invent.” 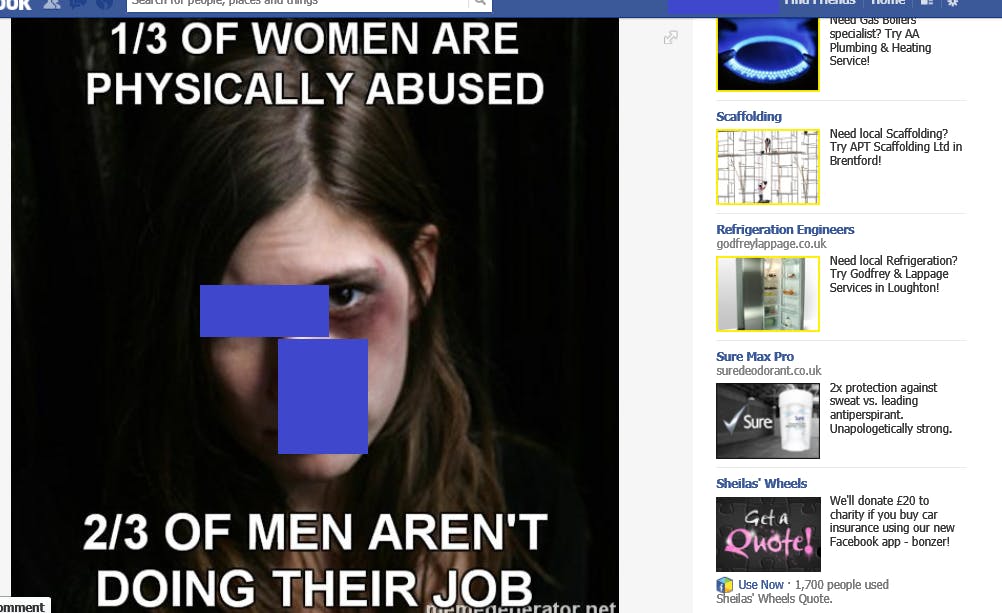 So far, AVFM has not addressed the actual offensive content that WAM’s campaign is trying to ban. Instead, its editor-in-chief, John Hemberg, deemed the term “hate speech” a tactic of linguistic obfuscation and labeled WAM’s campaign a fascist agenda.

“Every second we remain inactive or overburdened is a second we give to feminists to pull another stunt like this,” Zen said in his video to AVFM supporters.

Every two minutes, someone in the U.S. is sexually assaulted. The “humor” of Facebook rape and abuse is getting increasingly difficult to justify as a right of free speech.

But that’s not going to stop the MRAs from trying.