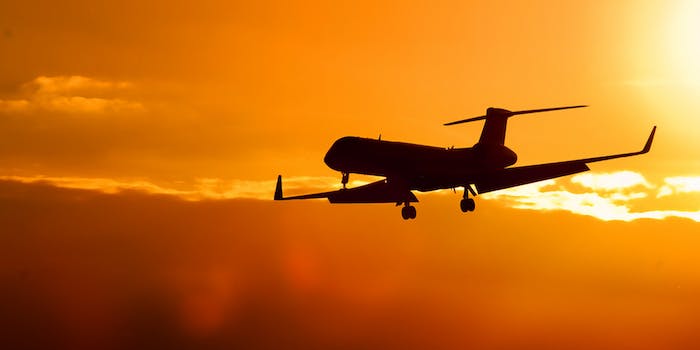 View a stirring memorial for UTA Flight 772—from space

In the middle of the Sahara, an eye-popping ode to lives lost.

Google users are finding out about a sad but mostly forgotten aviation disaster thanks to a memorial constructed in the remote Ténéré region of the Sahara Desert, designed to be viewed from above—via satellite, ideally. In 1989, UTA Flight 772 was ferrying 155 passengers and 15 crew members from the Brazzaville in the People’s Republic of Congo to Paris, France, by way of N’Djamena, Chad. At cruising altitude over Niger, a terrorist bomb smuggled onto the plane detonated, killing everyone aboard. In 1999, the Paris Assize Court convicted six Libyans in absentia for orchestrating the attack. 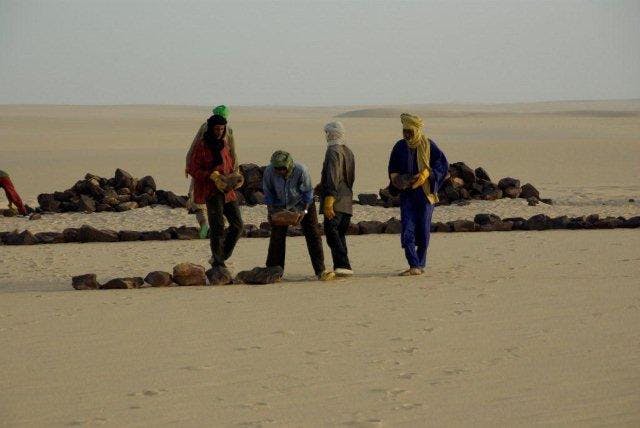 Eighteen years after the tragedy, Les Familles de l’Attentat du DC-10 d’UTA, an association of the victims’ families, gathered in the inhospitable waste where debris from the explosion still littered the sand. Supplied with part of a $170 million compensation package from the Libyan government—and using stones “that were trucked in from 70km away,” according to the Google Earth blog—they created the shape of an airplane inside a compass about 200 feet in diameter. Each of the 170 victims is represented by a broken mirror set around the circumference. The vertical element of the piece is the aircraft’s starboard wing. 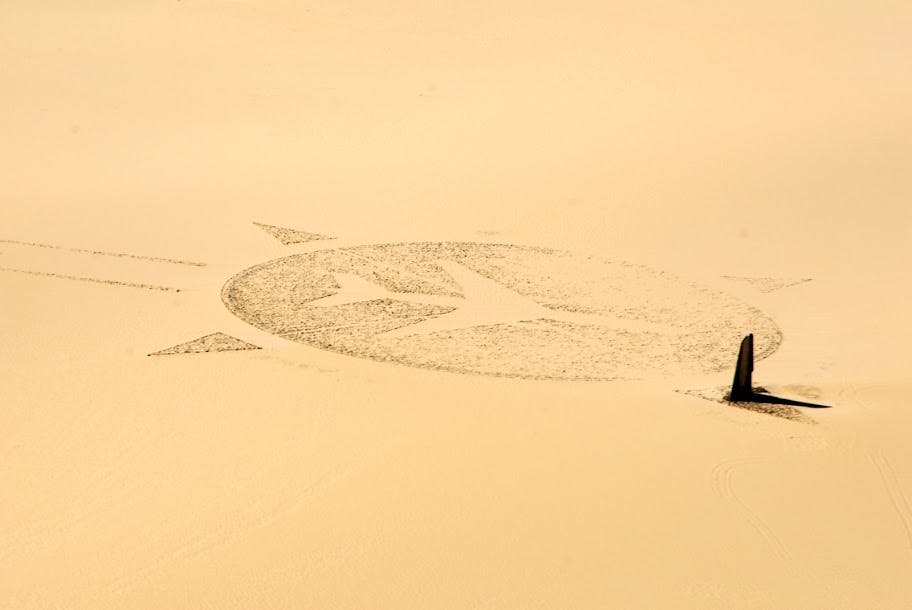 Many more ground-level photographs documenting this construction are available in this ViralNova piece, but the finished memorial, since it sits exactly in the middle of nowhere, is easily spotted via Google Earth. The web-savvy have been visiting it for a number of years, but interest in the site was recently renewed as people took to Twitter and Facebook to point their followers and friends toward the relevant coordinates.

What people found when they sought out that corner of the world was nothing short of stunning: art and grief on a global scale. 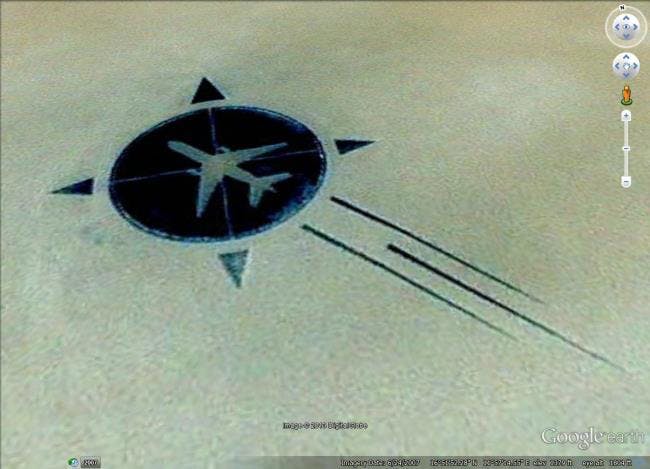