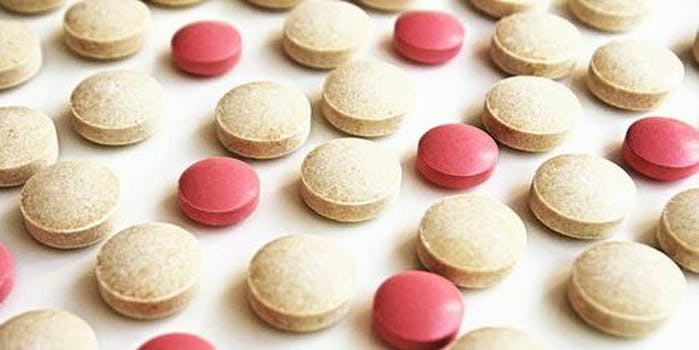 On the dark side of the hashtag #MedicatedAndMighty

Being prescribed the wrong SSRI made me suicidal.

This September, a blogger named Erin Jones posted a selfie with her new antidepressant prescriptions. After trying to live her life without medication, Jones wrote in a Facebook post that “sometimes, folks, we just need help.”

Jones’ post has inspired the hashtag #MedicatedandMighty, where thousands of people are posting medication selfies and sharing their own positive medication experiences to help fight the stigma around taking antidepressants to treat disorders like depression, anxiety, ADHD, and OCD.

There is also a vocal minority using the hashtag to talk about how they or their loved ones are not #MedicatedandMighty, instead sharing tales of suicide attempts and the suicides of friends and family members caused by the little-discussed side effects of certain SSRI antidepressants like Paxil, especially on children and teens.

Unlike the movement to de-stigmatize mental illness, trying to reduce stigma around antidepressants is a tougher and more complicated battle. Psychiatrists have known about the potential for suicidal thoughts and self-injurious behaviors as a side effect of SSRIs for many years. These side effects are also clearly printed in most SSRI medication pamphlets and on their websites.

However, neither myself nor my mother recall being warned of this when I was prescribed Prozac to treat feelings of depression at the age of 10.

In my seven years of SSRI use that followed—years that included several near-suicide attempts, two psychiatric hospitalizations for suicidal ideation, and two years of constant self-injury—the idea that SSRIs were the direct cause of my problems was never addressed by my psychiatrists. When the side effects were mentioned, my doctors claimed that since I was already suicidal, the medications couldn’t make things worse. In their eyes, it was a risk worth taking. But for some reason, the idea that the medications were causing those original thoughts and feelings was never considered to be a real possibility, despite the fact that my initial symptoms appeared at a young age and I’d been medicated nonstop ever since.

Over the years, we jumped from medication to medication, from Prozac to Luvox, from Zoloft to Paxil, without exploring the possibility that the known side effect of suicidality in teens could be contributing to what I was going through. Now that more comprehensive and unbiased research has been performed, we know for sure what I have long since feared: SSRI antidepressants cause a frighteningly high instance of suicidal thoughts and self-injurious behavior in adolescents.

When a psychiatrist finally switched me off of SSRIs and onto Wellbutrin, an atypical antidepressant, when I was 17, my suicidal thoughts and urges to hurt myself nearly vanished. I haven’t seriously thought about or attempted suicide in more than a decade, and I’ve been on Wellbutrin for most of that time.

I believe that the Wellbutrin was a big part of what made me get better. When I began taking Wellbutrin, my depression became manageable, I lost a lot of weight, and I was overall a much happier and healthier person. But this could have also been a result of going off the SSRI antidepressants that were hurting me, the ones that, frankly, I probably never should have been given.

Thoughtful and careful antidepressant prescription and use is undoubtedly a good thing in my mind. I love that so many people feel #MedicatedandMighty, and that they, like me, have been helped by antidepressants. Having too much fear and stigma around medication is not a positive thing. Finding the right medication can save someone’s life. For many, it’s the best and most effective course of treatment.

It’s also important to keep in mind that these medications do come with potentially dangerous side effects. Patients need to do their own research, being knowledgeable and vigilant about the side effects that they might experience. I personally believe that SSRI antidepressants should rarely, if ever, be given to anyone under the age of 18. But sometimes the benefits do outweigh the risks, and I hope that psychiatrists today are more careful and aware when it comes to suicidality and self-injury as a side effect to certain antidepressants.

We need to look at both sides of the issue when we talk about medication, not just one side or another. Everyone will have their own experience. The most important thing is not being afraid to talk about our problems, and asking for help when we need it.

Alana Saltz is a writer, editor, and occasional ukulele rocker living in Los Angeles. Her essays have appeared in The Los Angeles Times, The Huffington Post, HelloGiggles, Role Reboot, and The Manifest-Station. She has an MFA in Writing from Antioch University and recently completed a memoir. You can visit her website at alanasaltz.com and follow her on Twitter @alanasaltz.