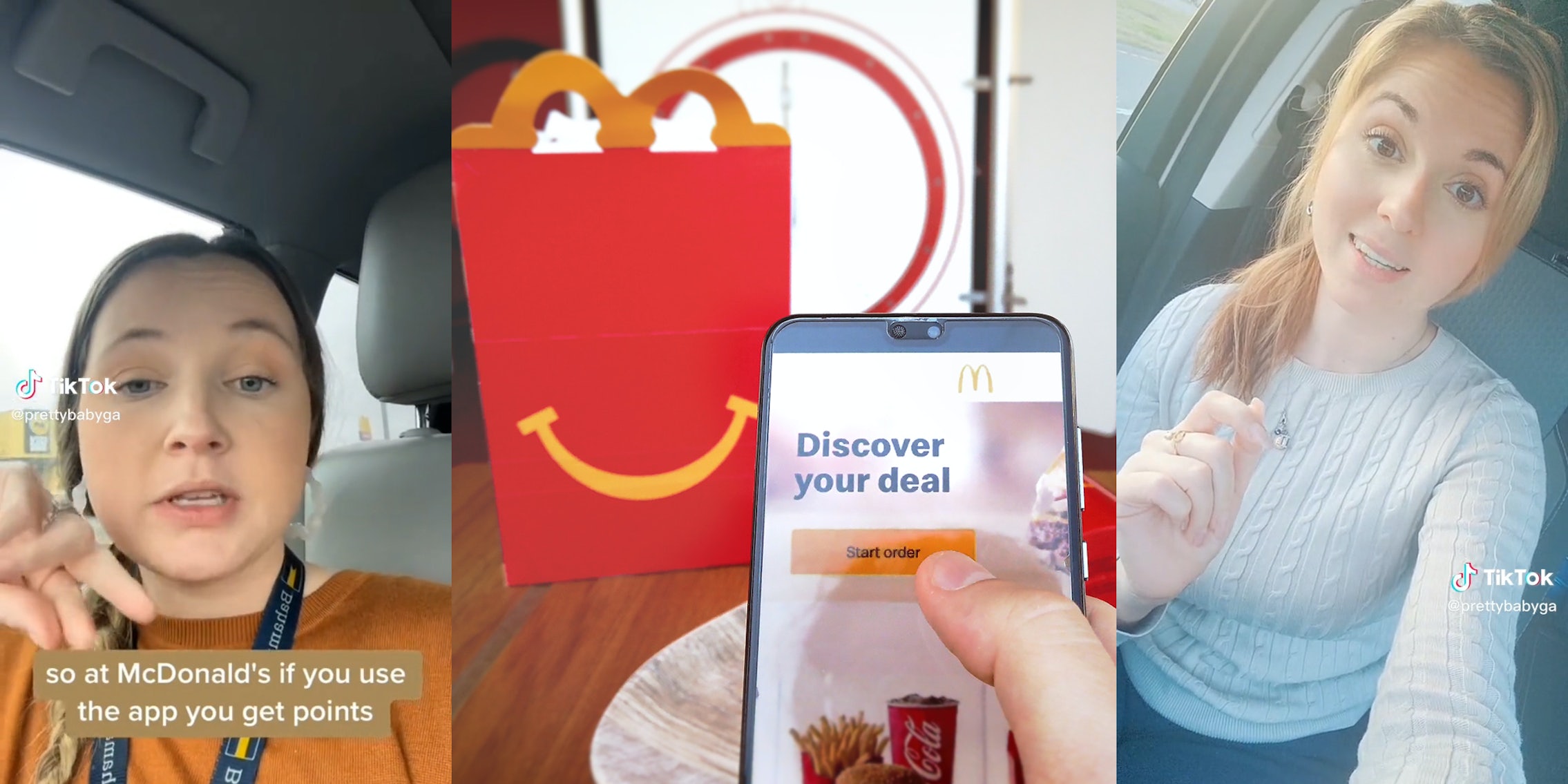 'Don’t be telling too many people this!!'

McDonald’s customers on TikTok are sharing some of their favorite hacks for utilizing multiple coupons on the popular fast food franchise’s mobile application.

The chain typically limits the number of deals, promotions, and coupons offered in the app within a certain time frame, however, one customer shared a hack to bypass the ten minutes of wait time between using each coupon.

One TikToker, Jess Holden (@theholdens_), says that because there’s only a ten-minute break between using coupons, she typically places a mobile order, then waits in the parking lot for a few minutes before placing another order so she can use another coupon.

However, another TikToke, Sunnyga (@prettybabyga), stitched Holden’s video, saying that she’s found a way to bypass this coupon limit without having to spend extra time hanging around a McDonald’s parking lot. Here’s her method.

“So this young lady is talking about the McDonald’s app where she has beat the system because she will place an order, wait the ten minutes in the parking lot, and then use another coupon for a second order,” Sunnyga says of Holden’s video. “But I’ve actually beat the system.”

She then instructs viewers to place their orders through the app and use one coupon as usual.

“Place your order. Use your coupon. Pay for it,” she suggests. “Take a screenshot of your order number and then go into your settings to the McDonald’s app, clear your cache.”

By clearing your cache through the app’s settings, Sunnyga says customers can use another coupon right away.

“Immediately you can use another coupon and place another order,” she explains. “Don’t have to wait ten minutes per, I think she did three coupons and spent thirty minutes sitting in the parking lot.”

The “settings” that Sunnyga is referring to are the general settings on the mobile operating system of the device you’re using. This will more than likely either be Android or iOS as McDonald’s has only developed its mobile app for these two operating systems.

In more recent versions of Android, users only need to head to their app drawer and long-press an app, and then tap “App Info.” This will take them directly to their app settings where they will then have the option to clear the app’s cache. Similarly, in iOS or Android, users can head to their “Settings” app, and then head to “Apps” and then select the McDonald’s application and clear the cache there, should they want to try Sunnyga’s method.

The Daily Dot has reached out to McDonald’s via email and Sunnyga via TikTok comment for further information.

In the comments, there were some people who expressed their disbelief in clearing cache options on the McDonald’s application. “Fake. The app does not have cache clear options. The deal trimmer is 15 minutes not 10,” one user claimed.

Another TikToker said that the trick doesn’t work on iOS devices and also added that their time limit was also 15 minutes, “It does not work on iPhone. Also on mine you have to wait 15 minutes.”

For users who were confused about how to clear their cache, Sunnyga posted a follow-up video delineating how to do that in what appears to be iOS.