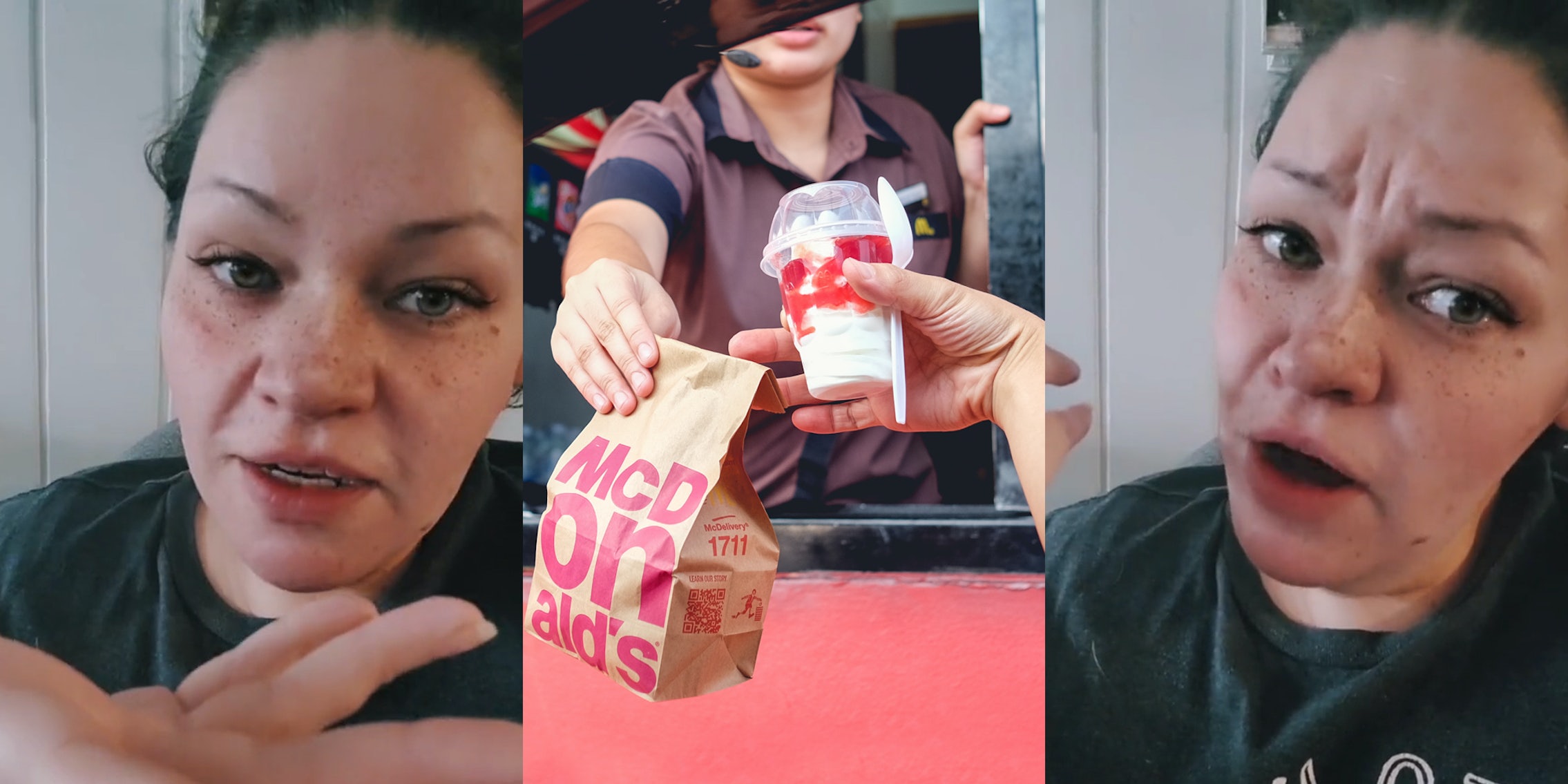 ‘I’m not going to do it at home if I’m not paid’: McDonald’s worker says she was put on drive-thru her first day with no training, asked to watch training videos at home

'Am I getting paid at home?'

A new McDonald’s worker, @zombiefucckkery1988 on TikTok, says she was put on the drive-thru cash register without completing any kind of training that would teach her how to use it—all on her very first day.

“I proceeded to ask where and when I do my trainings and they said, ‘Well normally you have videos and things that you need to do before we start you on anything,'” she recalls in the video. “I said, ‘OK, can we go ahead and get that done? She said, ‘I don’t have the logins for you so you’re going to have to do that at home.’ I don’t have the logins for that either, so how am I going to do that? I’m not going to do it at home if I’m not paid. Am I getting paid at home?”

@zombiefucckkery1988 says she was told that she would not be paid to watch her training videos from home but that she would still be expected to complete them there. Ultimately, she says she left her job at the restaurant after a week.

Her video has been viewed more than 81,000 times on the platform, where some commenters were perplexed by the idea that someone would be expected to do a job they had no training for.

“Former McDonald’s manager of 10 years here and policy is you watch videos at the store before you do ANYTHING!” one commenter wrote. “Every manager should know this.”

“Yea thats deff not protocol,” another commenter wrote. “They make you watch training videos then have a trainor w you for your first cpl of days at least.”

“Videos are meant to be done in store!!! as soon as you are hired, your first day will consist of all videos and questions,” a third said. “Then and only then can you start working, you are meant to be paid for that time you spend watching videos. Shame on that store.”

According to the Houston Chronicle, which detailed the negative effects of workers not receiving adequate training, no training can lead to a low rate of production, an unsafe environment, low-quality products, and unhappy workers who are more likely to quit, as evidenced by @zombiefucckkery1988’s experience.

The Daily Dot has reached out to McDonald’s via email and to @zombiefucckkery1988 via TikTok comment.