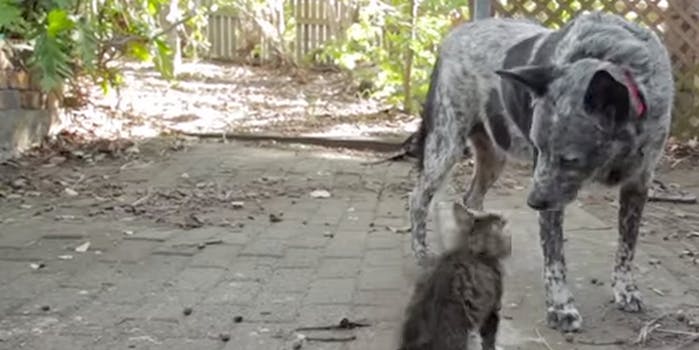 Here’s a story about a cattle dog named Max and his new friend Ralphee, a tiny, disabled kitten.

Ralphee’s been stricken with feline cerebellar hypoplasia, a disorder that affects the part of the brain controlling fine motor skills. The condition is non-progressive, and it bears no affect on their life expectancy. Mostly, it makes the cats walk like drunken sailors.

No matter, the little guy looks like a four-legged Rugrat, the epitome of an incapable baby. He was rescued from a horse barn a few weeks ago and has a fast and unexpected friendship with Max.