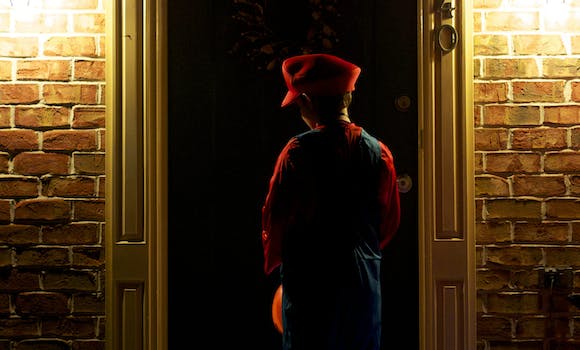 Parents are declaring this a war of 'political correctness' on Halloween.

Halloween is officially canceled. Well, at least it is at Boyden Elementary School in Walpole, Massachusetts. Administrators are calling Halloween “black and orange” spirit day because the school is concerned the holiday isn’t “inclusive” enough for its students.

According to a letter sent out to parents, Boyden Elementary School administrators are concerned that the school’s Halloween costume parade doesn’t necessarily honor students’ “differences” but didn’t explicitly explain what those differences are. The elementary school’s principal did point out, though, that the parade can also break from ordinary routine. Instead, students can join an after-school Halloween party on Oct. 20.

“The costume parade is out of our ordinary routine and can be difficult for many students,” Principal Brendan Dearborn wrote to parents, CBS News reports. “Also, the parade is not inclusive of all the students and it is our goal each and every day to ensure all student’s [sic] individual differences are respected.”

But parents aren’t necessarily happy with the decision. Many think the school is falling for “political correctness,” inadvertently punishing the school’s students by canceling the school-day celebration. However, there are multiple layers of irony in this entire debacle: “Political correctness” is an allegation the far-right likes to throw at liberals when they want a pass at doing or saying something offensive, but what is being implied by this Halloween ban is that people of conservative Christian values might not want to participate because it’s a so-called “pagan” holiday. But also, Halloween isn’t technically a pagan holiday—it was developed in conjunction with the medieval holy days All Souls and All Saints, according to historian Nicholas Rogers. Anyhoo, people across the aisle aren’t feeling the ban.

“Put a costume on,” one local resident told CBS. “Parade down the street. Let them have their little time. Why do you have to turn it into something political?”

“I think it’s a lot of political correctness,” another said. “I think it’s a shame because Halloween is the funnest day of the year—next to Christmas—for children.”

Others didn’t understand why the school suddenly cared about inclusivity on this particular holiday. “We have numerous events not all-inclusive, so if you cancel one event you have to cancel them all,” parent Julie Lowre told local news station WFXT.

Apparently, Boyden Elementary School isn’t the only school that has canceled Halloween this year. Armijo Elementary in Albuquerque, New Mexico, ended its Halloween celebrations out of academic concerns and said students “are not allowed to wear costumes” to school on the 31st. And Mitchell Elementary School in Needham, Massachusetts, permanently squashed their Halloween plans because “not all families celebrate” the holiday.

“I would agree that this represents a change, but I believe that in the long-term any change towards including all children is a positive change that will benefit our students and our community,” Mitchell Elementary School principal Gregory Bayse told parents, MassLive reports.