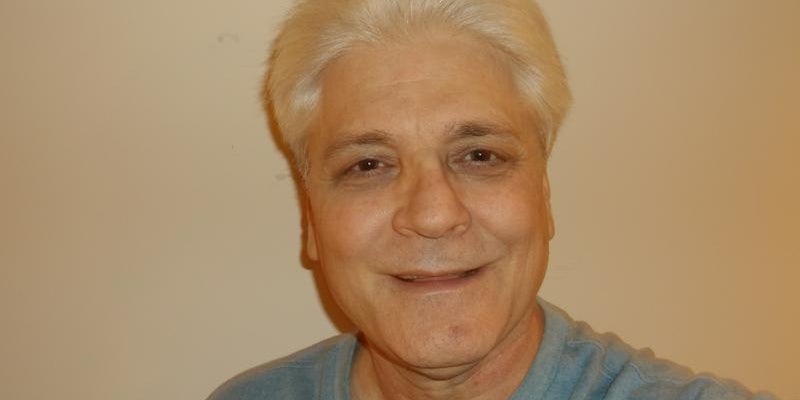 A math genius with dementia took his own life, but he left behind this website

"I decided I wanted to have one of the most organized good-byes in recorded history and I think I will be successful."

Martin Manley was tired of forgetting to close the garage door behind, to zip up his pants, and to remember the names of his best friends.

He was a mathematical wizard with an IQ of 156. He was beginning to suffer from dementia, a neurologically crippling disease that detrimentally affects a person’s memory, language, and problem-solving ability, among other things. It is incurable.

So on Thursday, Manley’s 60th birthday, he decided to take his own life. But before he did so, he created a website to tell his story and to have the “most organized good-byes in recorded history.”

“The point of this is that with only a brother and sister, no children, no nieces or nephews, I will have been forgotten pretty fast unless I did something that was way outside the box,” Manley wrote. 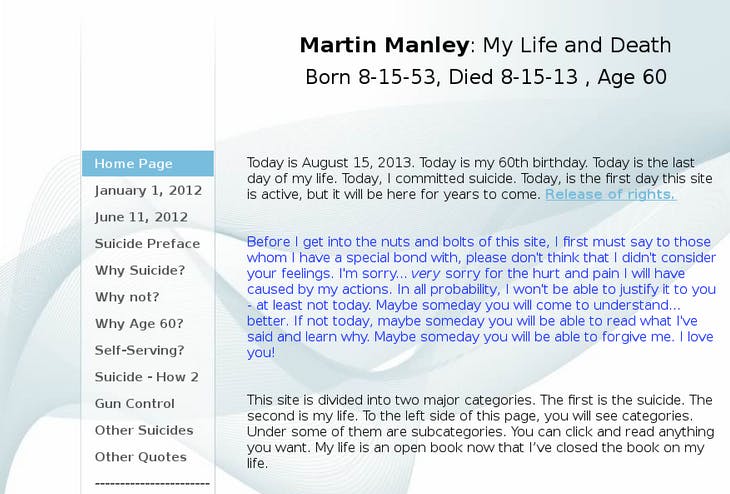 The site, martinmanleylifeanddeath.com, is broken up into two parts dealing with his life and decision to commit suicide. Manley provides detailed explanations behind his decision to die at 60, stating that he “could take pride in the fact that I wasn’t going to be sucking on the nipple of the federal debt by taking social security and medicare.”

“It’s unfair to rob someone of something they love or even like or even know without an explanation,” Manley wrote. “Having said that, you also owe me. You owe me the time it takes to understand why I did what I did without prejudging. I’ve done my part. The rest is up to you. If you opt to not read it, then I’m tempted to say ‘You can’t handle the truth!’… but won’t.”

Update: The site has since been taken down.

Manley enjoyed playing poker and, until 2012, worked as a sports statistician at the Kansas City Star. He also authored three books on sports.

Manley’s website has been down Friday morning after it was posted on Reddit’s popular r/wtf forum, where it’s collected more than 2,400 comments discussing his decision.

“Nobody has the right to judge him for making this decision—it’s a rational choice, and it’s his right to make it,” Criminoboy commented. “It may not be a common choice, but i think the negative reaction is more a symptom of society’s failure to come to terms with the inevitability of death than anything else.”

One of the most prevalent forms of dementia is Alzheimer’s. In the U.S., Alzheimer’s is the sixth leading cause of death. More than 5 million Americans currently suffer from the disease.

Reddit has created a mirror for Manley’s site for people to visit while it rebounds from the spike in traffic it has received from the social news site.