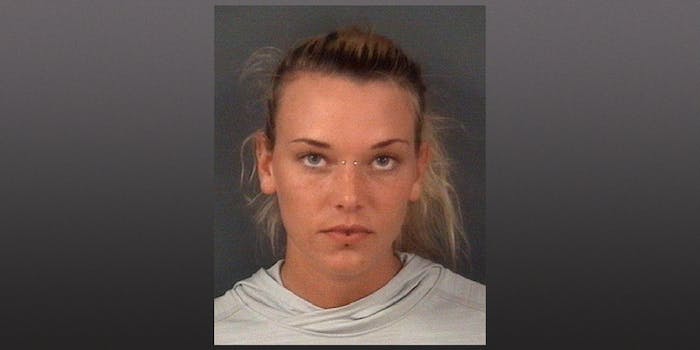 In the disturbing video, she can be heard laughing.

An Army vet who filmed herself and her boyfriend killing her service dog last month was found dead in her apartment early Sunday morning. Police in Fayetteville, North Carolina, are investigating the death as a possible suicide.

In April, 23-year-old Marinna Rollins and her boyfriend, Jarren Heng, were arrested and charged with animal cruelty after they tied up her service dog, Camboui, to a tree and shot him multiple times with a rifle. A friend of Rollins’ then shared the video, in which the couple can both be heard laughing, on Facebook in hopes of bringing about punishment, according to local CBS affiliate WNCN.

Police say they also found multiple videos of and text messages in reference to the shooting. The couple was due in court next week.

Rollins received a medical retirement from the Army in January. According to the Daily Mail, family and friends said she suffered from PTSD. Her estranged husband had left her Cam to be her emotional support dog when he got deployed.