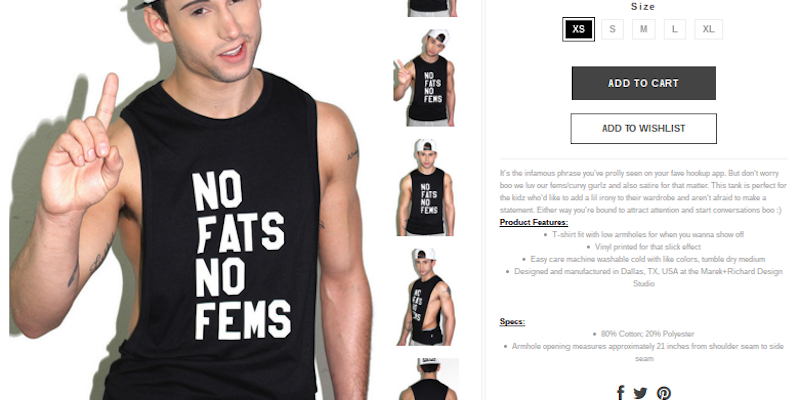 ‘No Fats, No Fems’ shirt causes backlash for retailer

The phrase is a common tagline on gay dating apps.

An online retailer is stirring controversy with a tank top.

The cutoff T-shirt reading “No Fats, No Fems” has prompted the online LGBTQ community to address slang in its culture that’s been labeled common, yet discriminatory. 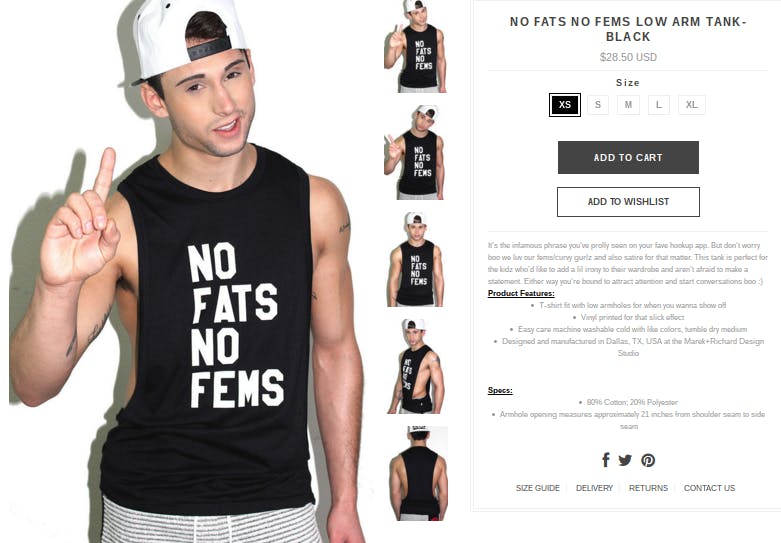 The saying is a popular tagline on gay dating apps like Grindr—a no to guys who are feminine or without muscular builds. Marek + Richard, an online clothing store marketed to gay men, labeled the tank as satire in its descriptor after receiving backlash on Twitter.

Gay guys need to stop treating each other like animals. https://t.co/ubhgeGrO9E @mathewrodriguez

@Marek_Richard No Fats/Fems
What happened to love conquers hate we already created climates of separation w/in our ranks. Be better humans

The controversy has brought up longtime issues of body image in the gay community. As reported by Mic, a 2012 study showed that gay men have more pressures to be fit than straight men.

The company hasn’t released an official statement in response to the controversy.