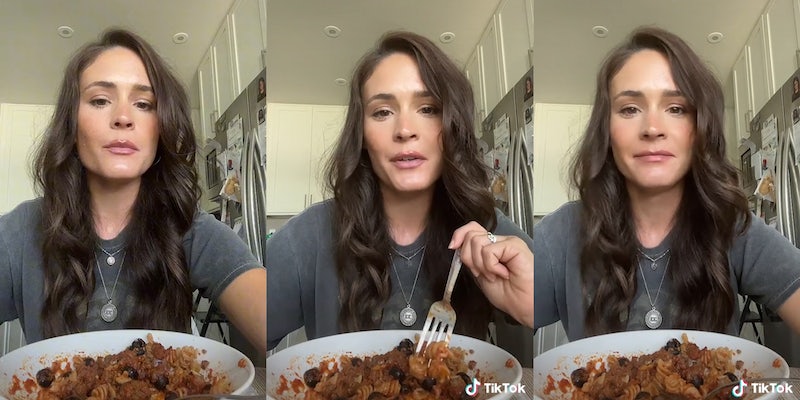 ‘I figured it was about time somebody told her no’: Woman says manager bragged about denying her a raise because she’s ‘one of those girls that never gets told no’

'He has probably been rejected by beautiful popular women all his life and this was his opportunity for revenge.'

Asking your boss for a raise can be hard, especially when they tell you “no” and then brag about telling you no in a work meeting. One TikToker says this is exactly what happened to her.

The TikToker, Malorie Harris (@malorieharris), shared a video explaining what happened about three years ago in her corporate job. As of Tuesday, the video went semi-viral with about 30,000 views on TikTok.

“He said no right to my face,” Harris says in the video. “He said ‘what makes you think you deserve that?'”

Being rejected to her face wasn’t the worst part of the experience, the TikToker says. When the two returned to the office after lunch, Harris explains they went to an all-staff company meeting. During the meeting, the regional manager announced that Harris had asked him for a raise and that he told her no, Harris says.

“Another manager out loud said ‘why?’ and [the regional manager] said, ‘because she’s one of those girls that never gets told no, so I figured it was about time somebody told her no,'” Harris says, recounting the meeting. “Corporate America is still broken.”

“That’s quite a few witnesses to some likely illegal behavior,” one viewer commented.

Others commented, asking whether Harris found a new job after the incident.

“Please tell me you found a different job soon after that,” one user said.

Another user wrote, “So tell me you found a new job with out telling me you got a new job.”

“Hope u Quit or got him fired,” another user commented.

Harris clarified in an update video that before she could decide what to do about the situation, the company laid off all the employees shortly after amidst the first wave of COVID-19.

Some users had ideas for why Harris’ manager felt the need to shut a woman down.

“I have a feeling he’s one of those guys that always gets told no!” one viewer wrote.

“Oh that man has major issues!” a second viewer wrote.

Another viewer commented, “he has probably been rejected by beautiful popular women all his life and this was his opportunity for revenge.”