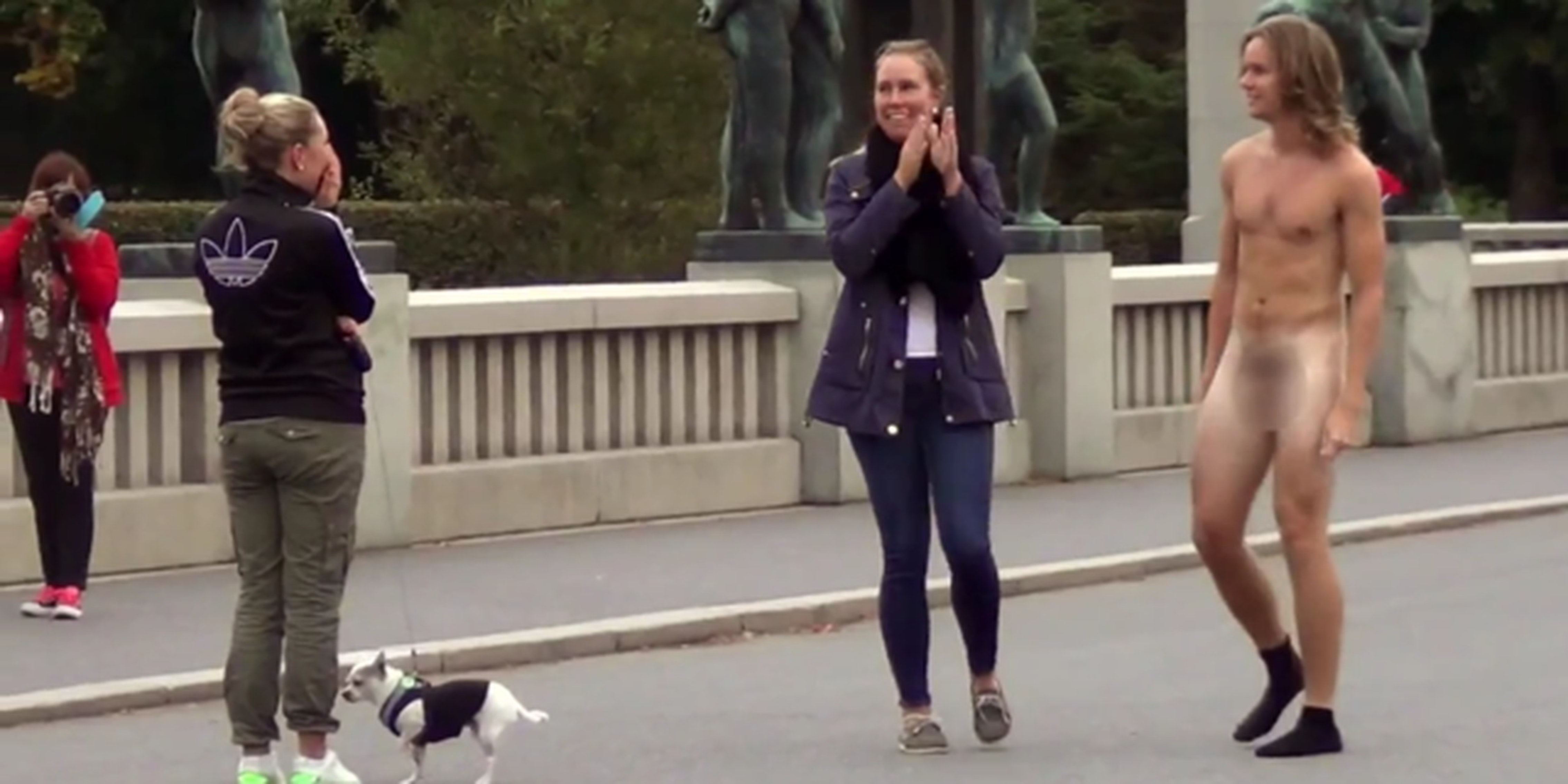 Is this "confidence" or sexual harassment?

He approaches women in a park. He takes his pants off in front of them. He tries to hug one woman. He says, “I’m having a boner,” then basically makes a woman look at his penis to make sure he has an erection.

In the past few months, YouTube pickup videos have been inching closer and closer towards blatant sexual harassment. In April, Guyism went around NYC and thanked women for showing skin. Later in the summer, Simple Pickup gave us unwanted “massage” videos. LAHWF first tried to kiss unsuspecting women, then, in a second video, snuck up behind women and literally picked them up. YouTube channel Whatever confronted women while wearing a giant, fake boner. And over the weekend, a Norwegian YouTube personality named Freddy Fairhair took the trend one step further and attempted to pick up women completely naked.

This, to Fairhair, is confidence. Not his words, not his personality, but his dick. (He also says he’s attempting to imitate Internet pranksters Vitaly Zdorovetskiy and Remi Gaillard, who are also known for their pickup videos.)

Many of the women he ambushes laugh it off, but that doesn’t make his invasion of women’s space any less troubling. (He has more videos where he approaches women in a similarly creepy fashion.) In the video description, he claims he felt “freedom” in doing this video naked. Fairhair also thanks all the “great men” who helped produce it.

At the end of the clip, when the cops eventually show up, one shakes his hand. Everyone has a good laugh and Fairhair is released back into the wild to terrorize more women. At the very end, we’re encouraged to share if we “dare.”

So, to recap: Fairhair approached women naked, with an erection, in public. Even more distressing, several commenters applaud him for this brave display of sexual-harassment-as-entertainment, calling him “awesome” and declaring a newfound “respect” for Fairhair’s tactics.

Perhaps this is more accepted in a country like Norway than the United States, where this man would likely be arrested or maced. But regardless of audience, these pickup videos add nothing to the conversation; they just inspire more lame pickup videos, where intimidation is misconstrued as “confidence.” Can we just ban them already?