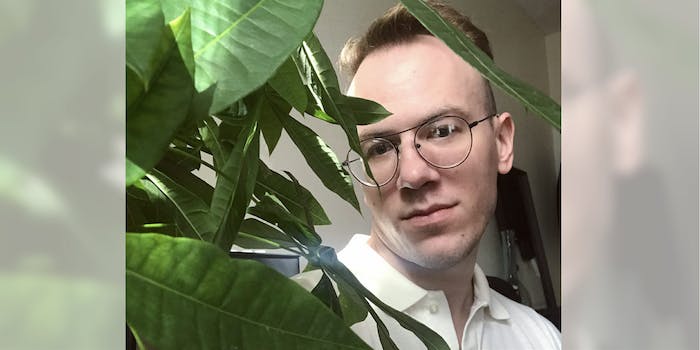 He could face up to five years in prison.

A Massachusetts man faces federal charges over allegations that he tweeted a solicitation for the murder of an Immigration and Customs Enforcement agent, BuzzFeed News reports.

According to a press release from the Department of Justice, 33-year-old Brandon Ziobrowski was arrested Thursday and charged with using interstate and foreign commerce to threaten to injure another person. He posted a tweet on July 2 that the Department of Homeland Security considered a domestic terrorism threat.

“I am broke but I will scrounge and literally give $500 to anyone who kills an ice [sic] agent,” the tweet said. “@me seriously who else can pledge get in on this let’s make this work.”

According to the federal indictment unsealed after his arrest, Ziobrowski’s Twitter account had lately become “more violent and threatening.” In other tweets, Ziobrowsky allegedly threatened to “slit” Sen. John McCain’s (R-Ariz.) throat and thanked ICE agents “for putting your lives on the line and hopefully dying I guess.”

The account, created in 2009, has since been suspended from the social media platform.

For the tweet offering to pay for a hit on an ICE agent, Ziobrowski could face up to five years in prison, three years of probation, and a fine of $250,000.