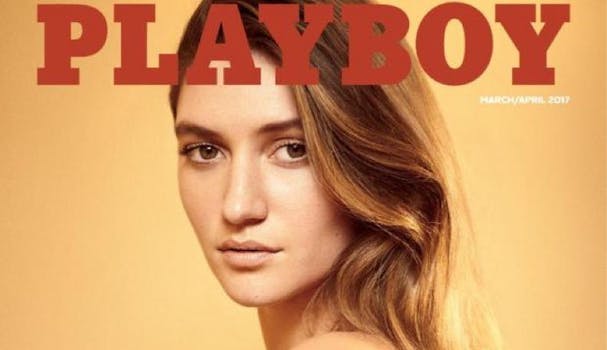 The nipple is free once more.

A year ago this month, Playboy magazine dropped its long tradition of nudity in favor of safe-for-internet images that might have a better chance of spreading in the Instagram era. The magazine even put an Instagram star on the cover of its first non-nude issue. But it seems the gambit didn’t work as well as Playboy had hoped, because the magazine is freeing the nipple again.

Playboy Chief Creative Officer Cooper Hefner (son of founder Hugh Hefner) admitted on Twitter that the way Playboy did nudes had become “dated,” but that “removing it entirely was a mistake.”

“Nudity was never the problem because nudity isn’t a problem,” he wrote.

Bringing back nudity will grab some headlines, but will it attract the all-important advertising dollar? According to NBC, Playboy‘s first non-nude issue, in March 2016, saw a 55.5 percent increase in advertising over the March 2015 issue.

But maybe the novelty wore off, and the novel thing to do now is to show women fully naked. The magazine can only flip this switch so many times before it gets old, and the Hefners are betting this is the right time to do it.

The younger Hefner has also decided this is the right time to renew Playboy‘s traditional political ideology of freedom for all: “What we’re seeing in society has happened before and […] we all agree an attack on Muslim Americans, on women’s healthcare rights, on the LGBTQ community or on the First Amendment is in fact an attack on all our rights. And we should be ready to defend those rights at all costs on the intellectual battlefield,” he wrote in “The New Playboy Philosophy: An Introduction.”

Can Playboy have it both ways, and become a magazine for 2017 that’s also steeped in tradition? At least readers will get to see nipples while they find out.