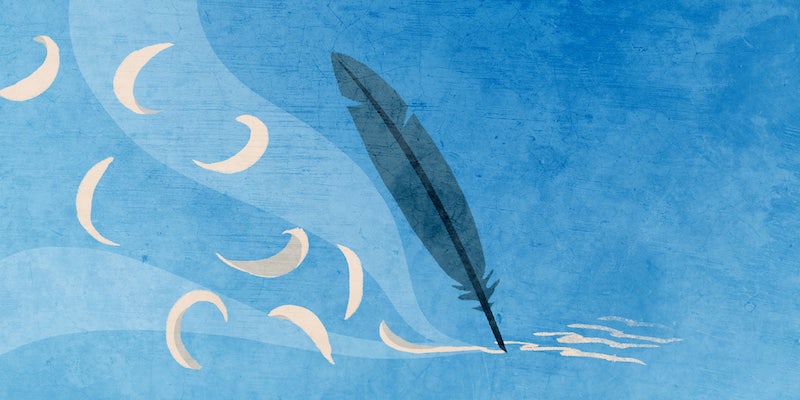 This place could be beautiful.

In a week that brought us the mass murder at Pulse nightclub in Orlando, the murder of British politician Jo Cox, and the death of a little boy who died after an alligator attack, it certainly seems like the world is an ugly place.

Enter Maggie Smith. When she began writing her poem “Good Bones” months ago, she had no idea that it would go viral this week. But the words of the poem seem especially prescient.

Life is short, though I keep this from my children. @maggiesmithpoet pic.twitter.com/vzqKAjf3Oy

The poem was published on Wednesday on the liteary site Waxwing and recounts Smith’s struggles to present the world as beautiful to her children.

Life is short and the world
is at least half terrible, and for every kind
stranger, there is one who would break you,
though I keep this from my children.

“The poem seems to have arrived at a time when people are both lamenting the state of the world but also—as Pollyanna as it must sound—looking for hope,” Smith told the Daily Dot in an email. “I think of this poem—and many of the poems I’ve written since having children—as being conflicted in this way. How do we keep loving this world as it is, and how do we to teach our kids to love it? How do we let them see the rotten parts—because we must, eventually—and how do we empower them to be and do good?”

The poem resists treacle by stringing together something positive with an ugly truth. “For every loved child, a child broken, bagged, sunk in a lake.”

However, the last few lines is almost forceful in it’s optimism: “Any decent realtor, walking you through a real shithole, chirps on about the good bones: This place could be beautiful, right? You could make this place beautiful.”

The poem has since been shared around the world.

My poem "Good Bones" is being translated into Italian, French, & Spanish, traveling where I can't follow it, into languages I can't read.

Smith, whose third book of poems is due out from Tupelo Press in 2018, said that she has tried to protect her children from the news this week, explaining only tangentially to her daughter about pride festivals.

“I approached it using what she knows—that pride means feeling proud of yourself—and we talked about how we should feel proud and loving toward others and never judgmental,” explained Smith. “We talked about how love makes a family. We talked about how kids her age—who were raised in a time of marriage equality—are going to make this world better. I know she’ll learn the news eventually, but for now I’m focusing on what we can do right, not what others have done wrong.”