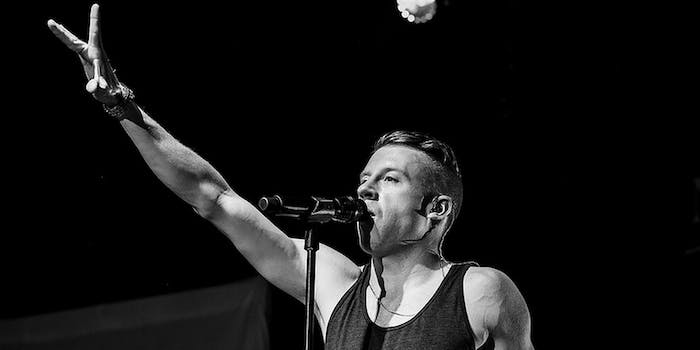 Two problem kids in this redditor's class surprised him with their compassion.

A teacher from Ontario took to Reddit to share a heartwarming story in which two of his rowdier eighth grade students played Macklemore’s “Same Love” to show their support for him being gay.

In the r/education subreddit, user BitiumRibbon writes that his 13- and 14-year-old students have known he is gay for a month or so. He is in his first year of teaching and the kids are tough, especially two whom he nicknames “Mark” and “Harry.”

He wrote: “I do a “YouTube of the Day” with them every morning. Kids can send in a short YouTube video for me to show to the class, I preview it, and if it’s appropriate, I play it. So this morning, Harry comes up to me and says, “I have a video I want to play.” Now, I preview things for a reason. There are enough horror stories out there of teachers accidentally showing their kids porn for me to be very careful what I show my class. So I tell him to send it to me because, y’know, them’s the rules. “I really want to show it,” he says back. “You’ll like it, I promise. It’s a music video.”

If you’re expecting something pornographic, you’re about to have your heart grow three sizes.

“And there’s Harry, proudly watching along with the rest of the class as the artist stands up for those gay kids who struggle, and the video shows a difficult, lonely life culminating in a fabulous wedding. Harry. My “tough kid.” The video finishes, the kids applaud, and I thank him, and he says to me, “I told you you’d like it.” And then his loud, rude friend Mark says: “That was for you, Mr. K.” The whole class applauded again – for me this time – and then I cried. I cried the proudest tears I have ever shed.”

The reaction on Reddit has been a mix of support, emotion, and sharing of personal stories from other gay teachers— and astonishment that a first-year teacher was able to get through to his more difficult kids. The story has 450 upvotes since being posted yesterday.

Gay teachers face an uphill battle when it comes to keeping their jobs and maintaining their personal lives with parents and school administrators concerned about their impact on students.