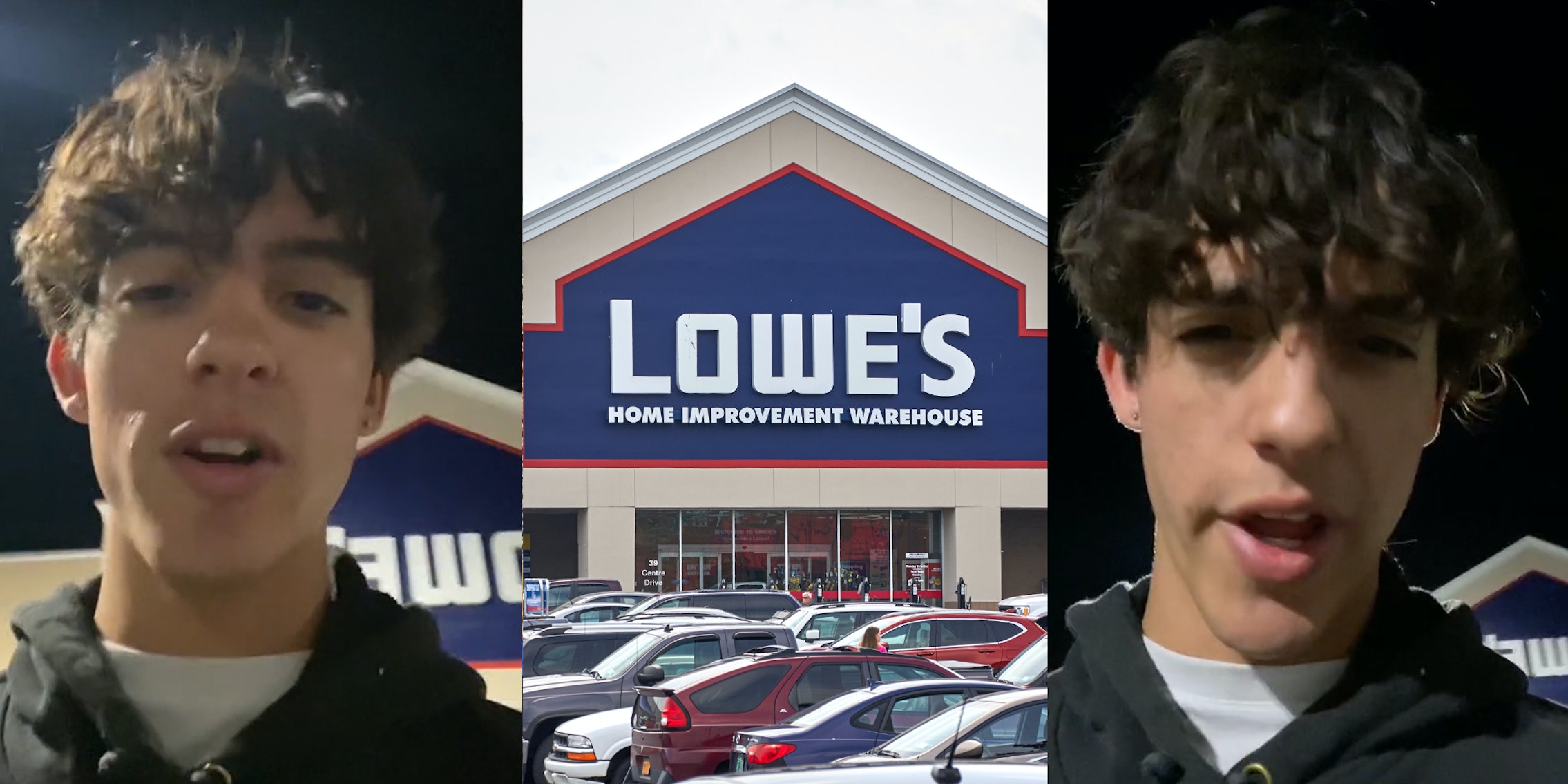 ‘Home Depot does not do this’: Lowe’s worker says he didn’t get a meal break during shift, clocked out at 1:40am

A Lowe’s employee who is also a college student says he clocked out of work after 1am and worked a six-hour shift without a meal break in a viral TikTok.

In a TikTok posted on Oct. 19, AJ Baron (@theajbaron) says he is a college student who works at Lowe’s, and that, after a six-hour shift during which he didn’t receive a meal break, he clocked out at 1:40am—the day before he has an exam for school.

“But they don’t care,” Baron says of Lowe’s in the TikTok. “I am not doing too good.”

In the video’s caption, Baron says, however, that Lowe’s is “pretty chill.” On Tuesday, Baron’s video had almost 140,000 views on TikTok.

After Baron commented on his video asking for job recommendations in the Houston area, many commenters on Baron’s video advised him to quit his job and focus on school.

“Focus on school,” @benitojures commented. “There’s better jobs who are flexible with school.”

“Focus on school and get school over with,” @itsakumarthing wrote. “You’ll thank yourself.”

The Daily Dot has reached out to Baron and Lowe’s via email.