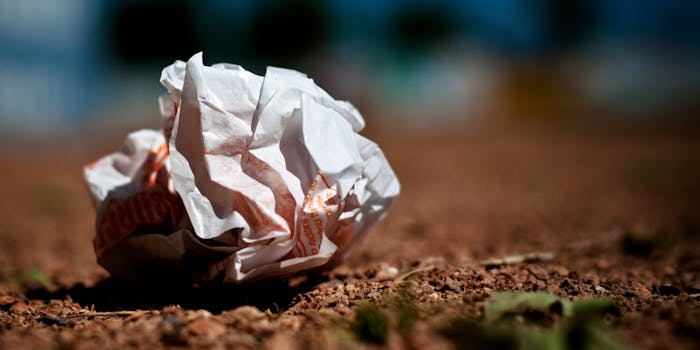 “I tell you what you do, you pull this vehicle off and get out of my face.”

What happens when you confront a cop for littering?

Two Louisiana men decided to find out after they saw trash being thrown out of the passenger’s side window of a police cruiser driving down Highway 425 in Ferriday, La.

The pair followed the cop car to a grocery store parking lot, where they reminded the officer that littering was against the law. The patrol car’s driver, officer Chester Lee Williams of the Ferriday Police Department, did not take kindly to the confrontation, and an argument ensued between the three men.

“I saw your passenger roll down the window and throw out a piece of candy wrapper on the road back there, and I just wanted to let you know that’s not right,” said the truck’s driver, identified by KNOE 8 News as Marcus Smith.

“I tell you what you do. You worry about you,” Williams snapped back. After further back-and-forth, Williams suggests Smith “go do something about it.”

“I tell you what you do, you pull this vehicle off and get out of my face,” Williams says. “Go write me a ticket.”

Smith doubts that doing so would “do any good.” And the heated encounter comes to an end with officer Williams defiantly telling Smith, “You go file your complaint, boy.”

Since the video’s posting online, other allegations of impropriety have surfaced against Williams. When asked for comment, Ferriday Police Chief Derrick Freeman told KNOE 8 News that he would “handle this situation.” KNOE learned that Williams has worked in other area police departments. Lake Providence Police Chief Rudy Threats (how’s that for a name?) confirmed Williams once worked there but, “was laid off for disciplinary reasons.”

“When I became chief,” Threats said, “I wouldn’t hire him again.”