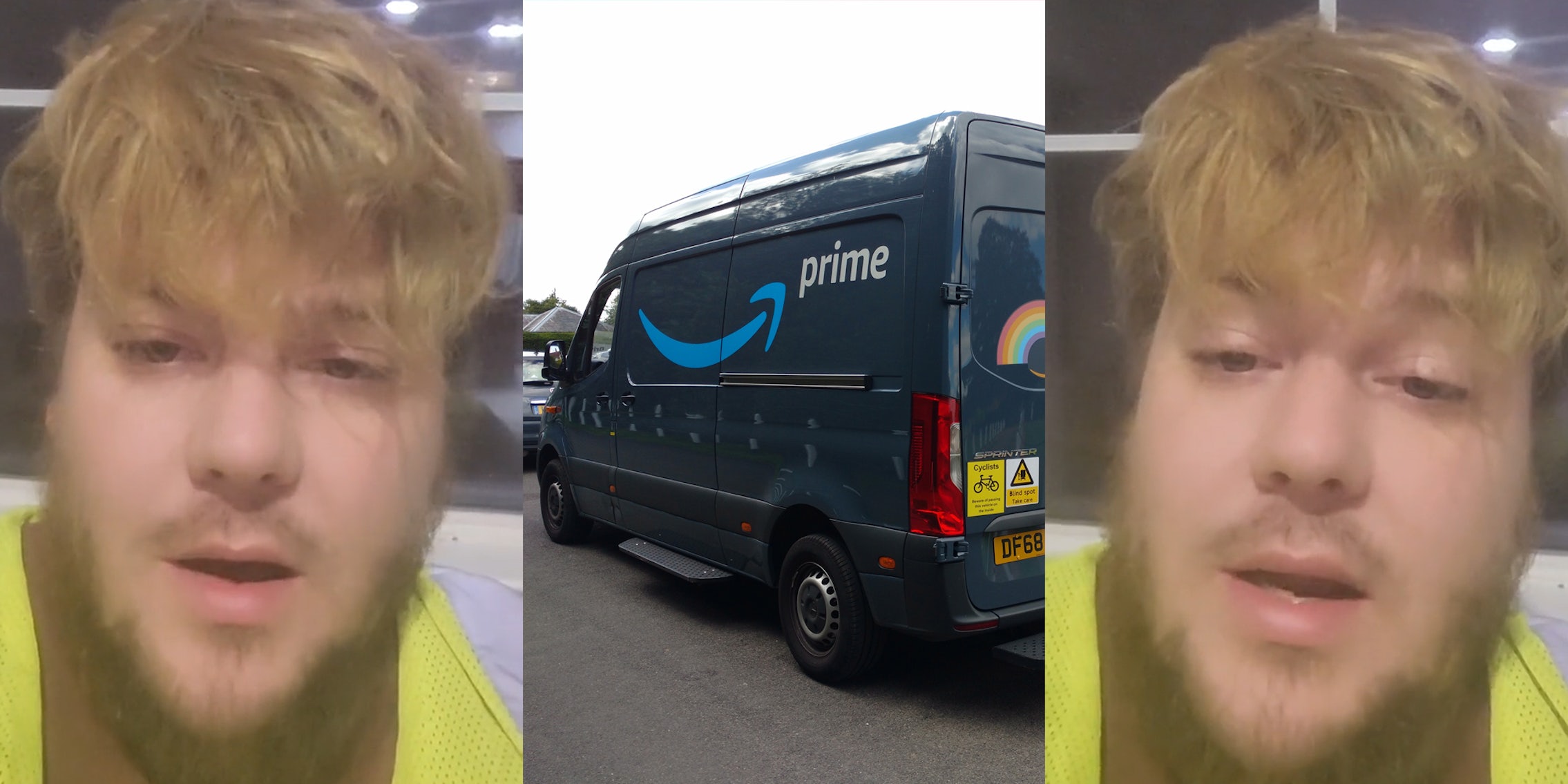 ‘You’ve abused me for too long’: Longtime Amazon driver quits after he was forced to work a 19-hour shift

'I'm tired of being forced to skip breaks and p*ss in bottles.'

An Amazon driver says he’s quitting his job at the company because he keeps having to finish other drivers’ shifts, and he has never gotten a raise.

Mitchell Resing (@707mitchell) shared a video on TikTok detailing the many reasons he’s fed up with Amazon after working there for over four years. The video went viral with about 166,000 views as of Thursday.

In the video, Resing says he started his most recent shift at 9 a.m., and he didn’t get off until 4 a.m. the next day, when he recorded the TikTok. He says that once he finishes his scheduled shift and delivers his allotment of packages, he has to pick up other drivers’ work that they haven’t finished. He claims that drivers, who are hired by Amazon via a third party, have been quitting frequently, leaving extra work for drivers like him to pick up.

Resing says he has had his job as an Amazon driver since February 2018, but he still hasn’t gotten a raise. He’s tried transferring to work in Amazon’s dispatch center, but his managers won’t allow him. He says they want him in a driver position because he’s good at his job.

The TikToker cautions others against working for Amazon. He says the job was “fun” when he joined in 2018 because there was plenty of help and enough time to make your deliveries and still take a break. But now, his shifts include enough work for two or more people, Resing says. Drivers pick up 600 packages on about 400 stops, he explains.

As a delivery driver, Resing says Amazon gave him a company cell phone that has Amazon Flex, the app they use to deliver packages. He claims that if drivers don’t finish their delivery routes as fast as other drivers, in 12 hours, the app will kick them out. Resing says Amazon’s dispatch team sent his assignments to his personal cell phone on top of asking him to log out of the app.

The next day, he wasn’t able to log back into the app, he says, and he wasn’t paid the overtime he was due the last time they asked him to work an extra six hours.

“I have to go back into work in five hours and do this shit all over again, but you know what? No,” Resing says in the video. “I’ve had enough. I’m not doing this anymore, Amazon, I quit. You’ve abused me for too long. I’m not going to take it anymore.”

He claims the company wants to keep him in the same role, overworking him without promoting him.

“Amazon, pay your workers, give us a fair wage, give us fair hours,” Resing says, addressing the company in his video. “Do not keep abusing us like this. You will end up with no workers and no fucking company.”

At the end of his video, Resing adds that he’s tired of being forced to skip breaks and “piss in bottles” for a job that doesn’t even help him make ends meet.

TikTok viewers applauded Resing for quitting his job and reassured him he’ll find work elsewhere for a more appreciative company.

“Don’t go back! They don’t deserve employees!” one viewer commented.

“Hold your head up. Glad you’re speaking up. They don’t deserve you!” another commented.

Multiple viewers said Amazon workers should unionize, while others questioned the legality of what Resing claims Amazon is doing.

“ya that illegal,” one user said.

The Department of Transportation prohibits property-carrying drivers from driving more than 11 consecutive hours, according to its website. Those drivers must also take a 30-minute break when they have driven for eight consecutive hours.

Other Amazon workers commented on Resing’s video, saying they were “worked to the bone.”

“I worked at Amazon, the warehouse. I know what you mean. I [quit] after 3 years. They will work you to the bone( in the warehouse),” one viewer said.

Someone else commented, “I work for Amazon and the stuff we are forced to do is absolutely ridiculous I’m scheduled for 4 days a week but my manager told us we have to come.”

The Daily Dot reached out to the creator via TikTok comment and to Amazon via email.