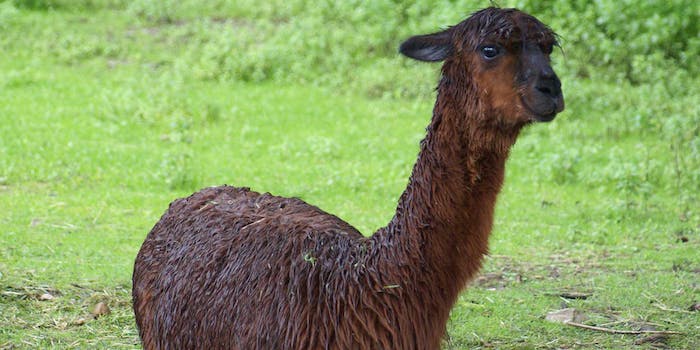 There's plenty more where this came from.

Derek Krahn works for the Center for Animal Research and Education (CARE) in Bridgeport, Texas. Luckily for you, his Vine channel is filled with spectacular clips of the animals he works with, from llamas and lemurs to leopards.

Here’s Dahlia (or “Dolly”), a three-legged llama who likes dancing to Wiz Khalifa.

Dahlia was brought to CARE at a month old; her back-right leg was so badly broken as to require amputation. Dahlia is a tough little llama, though, and she pulled through.

“She spends some of her time inside our Executive Director’s house so she can be bottle fed and monitored, but a lot of her time is spent in an enclosure in the yard,” reads a post on CARE’s blog. “When someone is there to watch her so she doesn’t fall down and hurt herself, she is let out in the big yard so she can run, explore, and eat her favorite thing in the world, dandelions!”

There’s no shortage of adorable videos where that came from. Here’s a sleepy tiger who perks up when Derek calls her “Pretty Girl”:

Here’s a housecat throwing shade at a tiger:

Here’s a lemur looking for trouble:

CARE is currently accepting applications for its internship program.