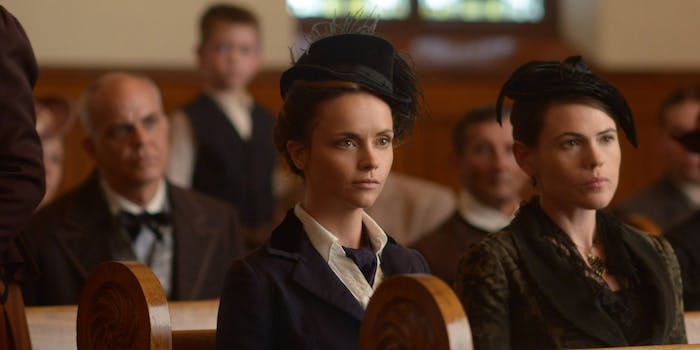 For whatever reason, this Victorian accused murderer is still a celebrity 123 years later.

Starring Christina Ricci as a heavily fictionalized version of Lizzie Borden, Lifetime’s new miniseries adds a new layer of camp to her story. Dressed in a glamorous interpretation of 1890s fashion, the infamous alleged murderess has been rewritten as a Lifetime-friendly counterpart to NBC’s Hannibal.

This kind of gloriously inaccurate historical drama is usually met with sniffs of criticism from purists. But in the case of Lizzie Borden, that ship already sailed long ago. As a celebrity for more than a century, her mythos has developed from schoolyard rhyme (“Lizzie Borden took an axe/Gave her mother 40 whacks…”) to the realm of Etsy tchotchkes. Even without the influence of Lifetime movies and Christina Ricci, Lizzie Borden fandom is still going disturbingly strong. 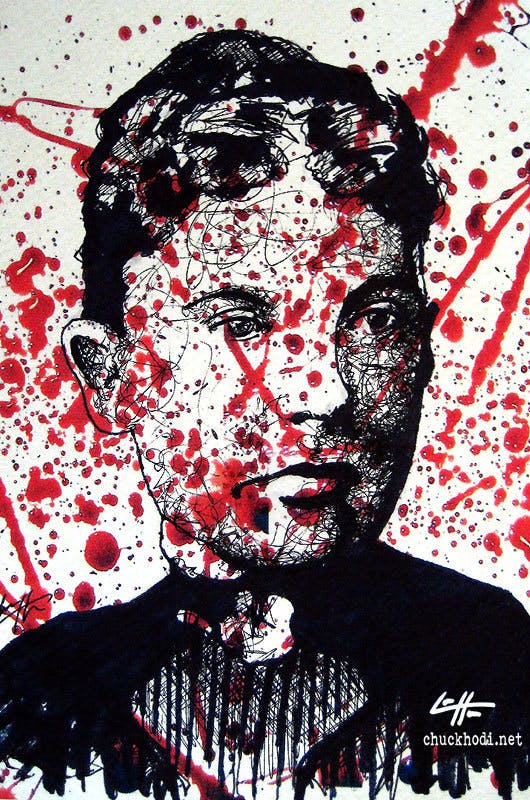 If Lizzie Borden’s father and stepmother had been murdered last year, then all this fuss would be viewed as offensively morbid. More than a century later, a Borden obsession seems more like a gothic but socially acceptable quirk. Along with Ebay sales for historical memorabilia from the time of the trial, the Internet is full of Borden-themed arts and crafts. You know, for when you feel a burning need to collect Borden dolls or wear little bloodstained axes as earrings. 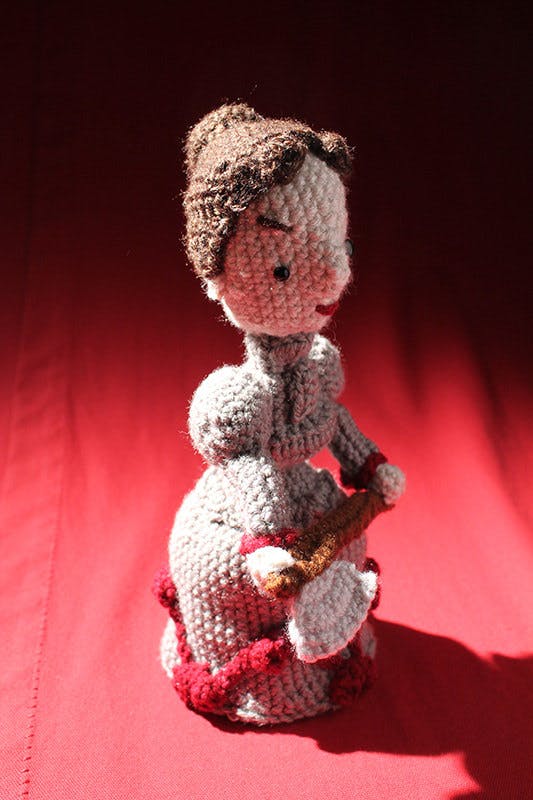 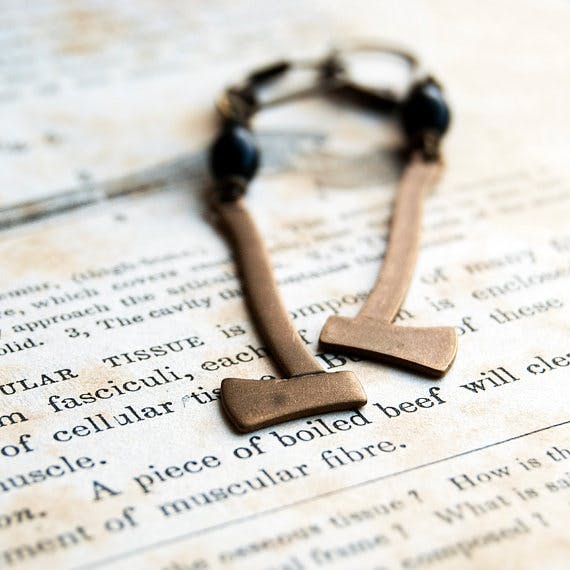 If you’re really into gristly historical murders, you can spend $320 on a diorama depicting the Bordens’ skulls. 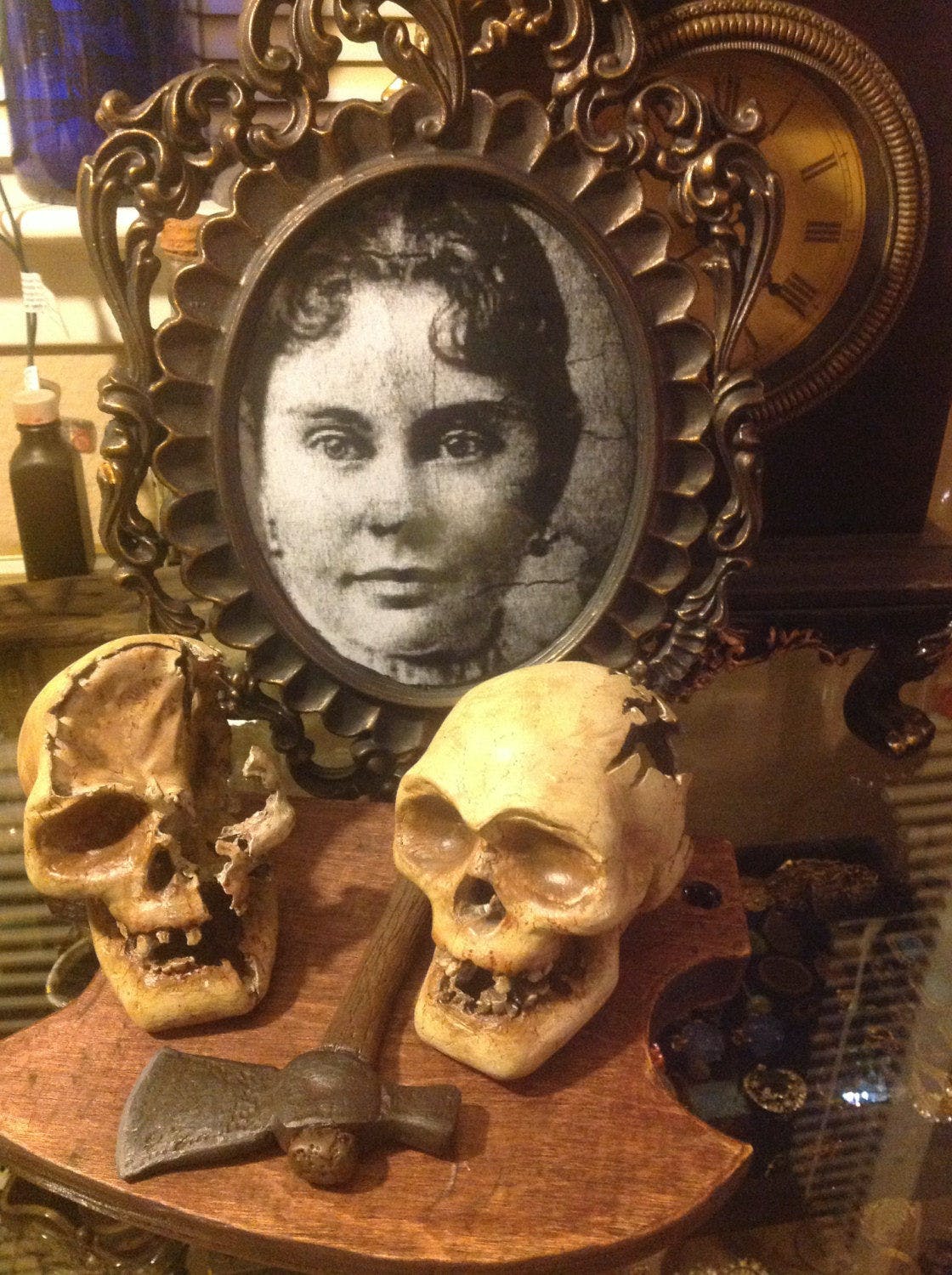 For those who have a passion for Borden but want to go the normcore route, you can order the traditional white T-shirts and hoodies from Cafepress. Truly, there is something for everyone. Even people who want to give their baby a Victorian axe murder onesy. Although why you’d want to do that, I have no idea.