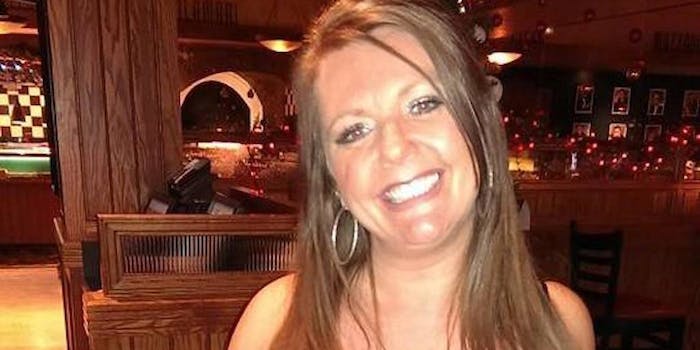 Lisa Royle's actions were both brave and admirable.

Last week, Manchester, U.K. resident Lisa Royle posted a photo of her breast on Facebook. She included the following important message with the photo: “Please take time to look at your boobs. It could save [your] life.”

Royle posted the image in order to raise awareness for breast cancer. She was recently diagnosed with the illness, and was scheduled to undergo a mastectomy right before taking the photo.

“I never thought I’d post a boob picture on Facebook but I thought I would before it gets chopped off next week,” she wrote. 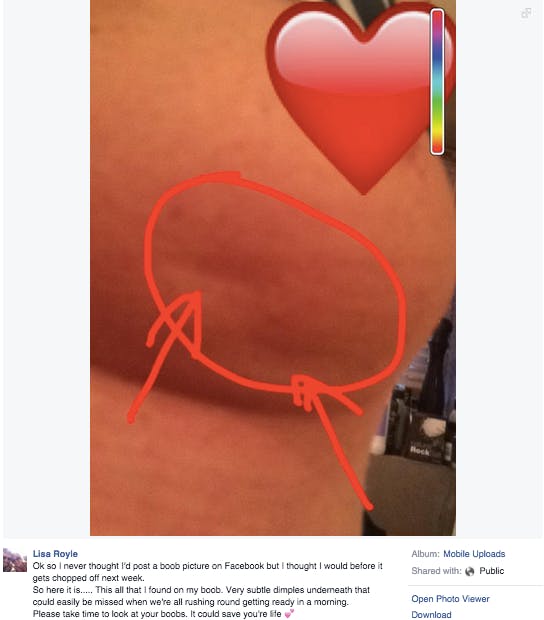 When you look at the picture, it hardly looks like anything’s amiss. Which is exactly Royle’s point—the disease’s symptoms are subtle, and it’s important to know what you’re looking for. If the skin under the breast becomes creased or dimpled, as was the case with Royle, it’s important to get it checked out, as medical professionals say that skin puckering around the breast can be caused by the cancer pulling the skin inward.

Royle’s post has since gone viral, garnering thousands of comments from well-wishers and nearly 60,000 shares. On Monday night, her husband Craig reported that Lisa had her mastectomy in a comment on the original post’s thread: