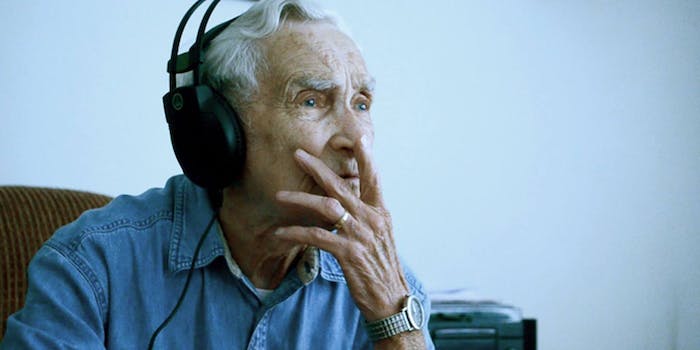 Fred Stobaugh's poignant tribute to his late wife of 72 years, “Oh Sweet Lorraine,” captures a lifetime in a song.

The most genuine country song you’ll hear all year came from the least likely songwriter.

Reeling from the death of his wife of 72 years in May, Fred Stobaugh, 96, sought a way to deal with his grief and loneliness. Despite lacking any musical experience, he could hear the song he wanted to sing to her—the melody, the lyrics, the longing refrain—just beyond his reach.

He jotted down the details in a letter he mailed to Green Shoe Studio, a production company that was hosting an interactive competition meant to spotlight YouTube videos by emerging singer-songwriters. Taken aback by the intimacy of the letter, Green Shoe’s Jacob Colgan not only tracked down Stobaugh to hear his story in Bartonville, Ill., but the producer worked with him to put his words to music.

Their collaboration, “Oh Sweet Lorraine,” reminds me of Johnny Cash’s American V: A Hundred Highways, an album he recorded in fading health and in the shadow of his wife’s passing. Green Shoe went one step further, bringing in a professional crew to cut the track and give it some Nashville polish. That version is now available on iTunes and Google Play.

The entire process was captured in a short, staggering documentary, A Letter From Fred, that serves as a tribute to the couple’s enduring love.

“She gave me 75 years of her life,” Stobaugh reflects in the film. “She was the prettiest girl I ever saw.”