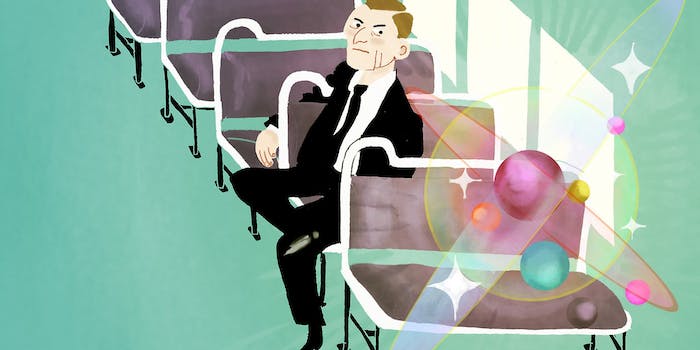 Strong female role models get a lot stranger on Ladypuns

These are only a few of the historical heroines given makeovers by artist Dav Yendler in his simply named Tumblr, Ladypuns, a growing depository of original artwork that reimagines some of history’s most inspiring female role models as visual puns. 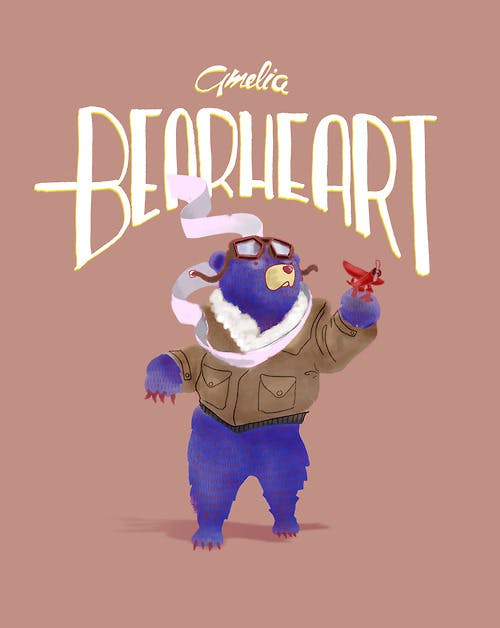 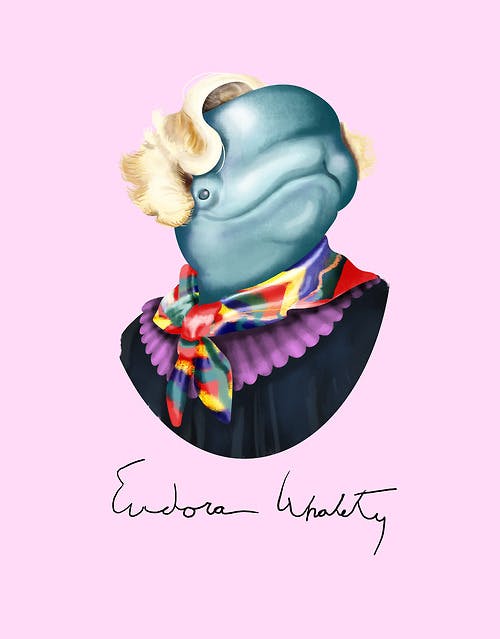 “I was sitting around with some buddies at [Chicago restaurant] Longman and Eagle a few years back,” say Yendler, a freelance illustrator whose work ranges from corporate to comics, “and we were just riffing off this idea of a historical lady superhero team.” The original set included entries like Amelia Bearheart, Charlotte Brontosaurus, and the forthcoming Mary Todd Blinkin.

“They were a great opportunity for me to keep drawing,” says Yendler, who receives some assistance in his concepts and captions from his collaborator, writer-performer Tien Tran of Ladiez Home Journal. “I tried to pull off some moves that i don’t really use in my day-to-day illustration work.”

Combating the possible groan factor with polished artwork and the occasional animated easter egg, Yendler’s subjects are a diverse crop of legendary women. Culled mostly from history, the artist also plucks inspiration from classic works of fiction when the wordplay is too good to pass up—as in the case of Jane Eyre Guitar: 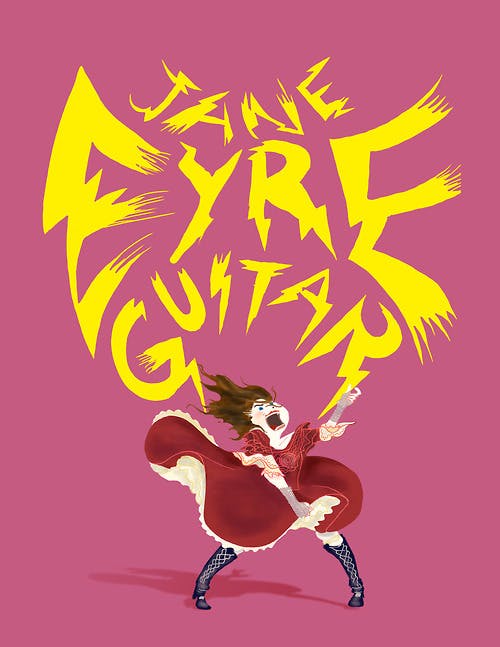 “I have an enormous list in my email drafts folder,” says Yendler, who is always taking suggestions at [email protected] “It’s got a bunch of ideas i haven’t been able to crack yet: Alice Walker Texas Ranger always looks too much like the TV show character—and i can’t for the life of me come up with anything past the incredibly obvious for Florence Nightingale.”

Because the images are dictated by the pun, some of them veer into the truly bizarre, as in the case of Betsy Ross Perot: 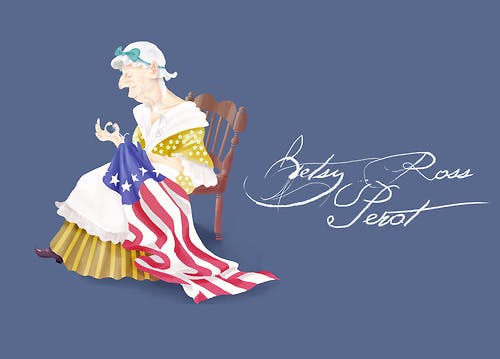 Or the enigmatic Georgia O’Wreath: 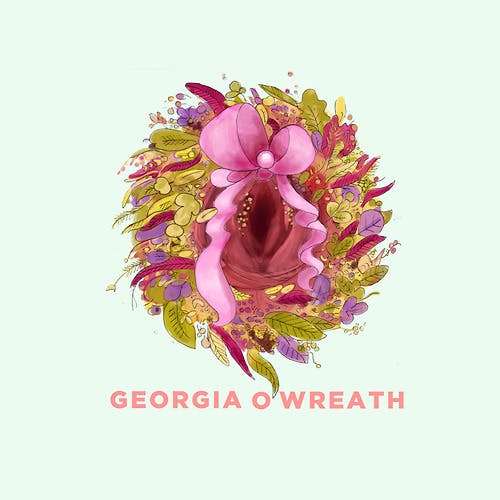 Nor do they skirt from potentially sacred targets, preferring instead to glorify their subjects with strangeness, as with Rosa Quarks: 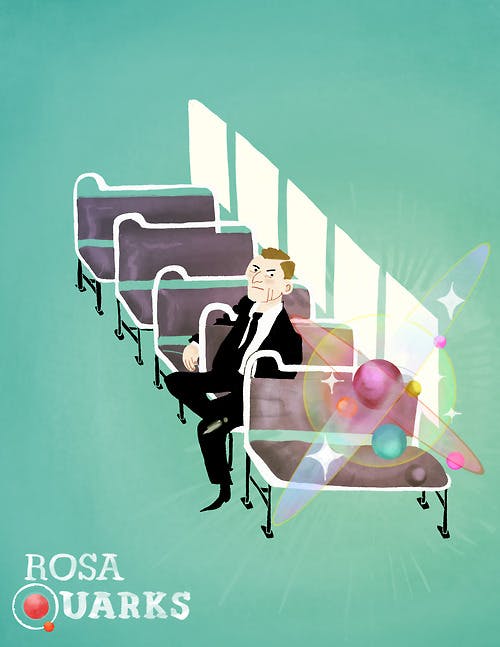 Or the adorably regrettable Anne Frankenstein:

Yendler sees the project as an ongoing hobby, but not without potential. “I’d really like any kind of life for the project past just sitting on the blog—it’d be great to get a regular comic book series going, or maybe even a cartoon.” His print store is a start, and the collection is still growing. “You’ve seen Contraleezza Rice, look out for Legend of Zelda Fitzgerald, Virginia Woolfenstein, etc. etc.”