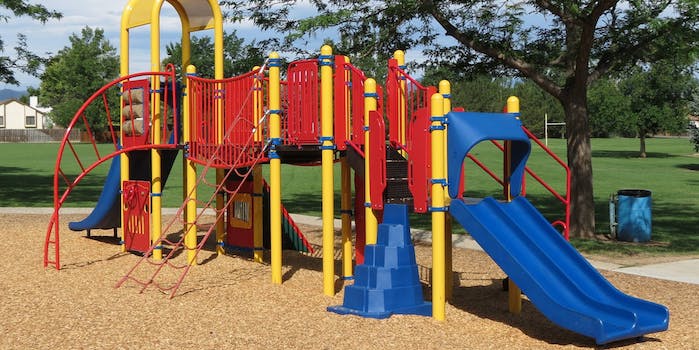 L.A. proposal assumes all men in playgrounds are creeps

Los Angeles City Councilman Mitch O’Farrell is floating a proposal that would ban single adults from playgrounds in order to curb “creepy activity.” However, some are worried the city ordinance could lead to discrimination.

Based on existing laws in NYC and other large cities, the proposed ban was reportedly inspired by locals complaining about drug dealers and pedophiles—even though there are already laws against dealing drugs and things like taking photos of minors. Instead, critics say the ordinance will unfairly target single adults who happen to wander into the wrong part of the park, or just want to sit down on a bench that happens to be near where children play.

It’s also angering the Pokémon Go community. On Reddit, Pokémon Go players worry that the ordinance could affect gameplay. Dipping into a playground for a second to catch a Snorlax is probably of least concern to the councilman who wants to”provide the proper shelter for our kids,” though. What a law like this could exacerbate is the assumption that any single man in a playground is a creep. Single fathers have reported being assumed to be predators when they take their kids to a park. According to one survey, 24 percent of dads said they had been refused entry to a gathering of parents and children, and a few were asked to leave a playground by another caregiver.

Sure, men do a good job of encouraging the notion that they’re creeps, what with all the mass shootings and sexual assaults committed by people of their gender. But no, a single adult man is not inherently a danger to children. So if you see a random guy hanging out near a playground, maybe wait before you call the cops. He could just be catching Pokémon.