The youngest Jenner daughter is at the center of a social media maelstrom.

Disability activists have taken to social media in disgust at a photo shoot for Interview magazine showing 18-year-old Kylie Jenner posing in a wheelchair.

Jenner, the youngest daughter in the Keeping Up With The Kardashians clan, does not use a wheelchair for everyday mobility and was posing as a model. 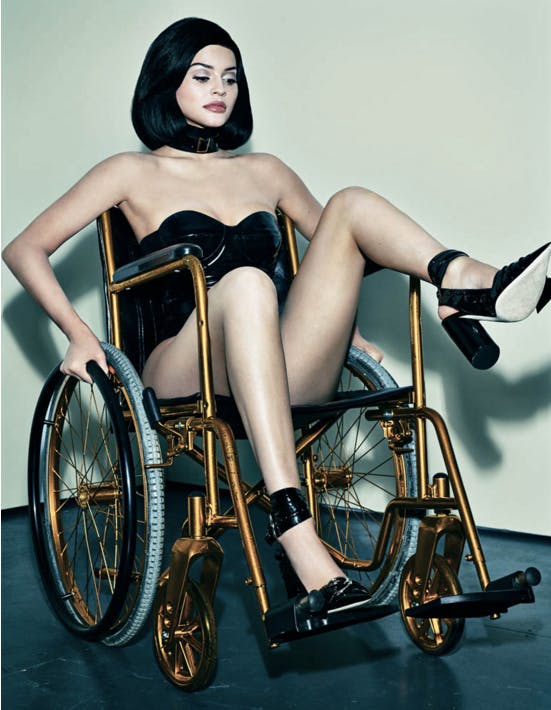 As the blog Fashionista reports, Stephen Klein photographed her spread in the December/January issue of Interview. His notoriously edgy photography has previously included bondage, bloodied corpses and a model surrounded by animals carcasses.

The pictures of Jenner clad in black PVC, sitting astride a male model and sporting ass-less chaps are relatively tame compared to the rest of Klein’s back catalogue.

Given the media-savvy nature of the Jenner and Kardashian families, it will come as a surprise to no one that the controversial magazine cover surfaced the day after Kylie launched her new lipstick kit.